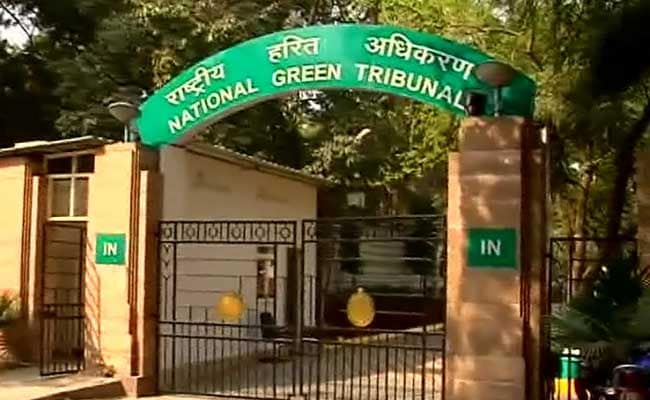 The National Green Tribunal issued notices to the centre over demolition in Delhi. (File)

New Delhi: Alleging that over 1.86 lakh trees would be destroyed in the demolition of seven government residential colonies in New Delhi, the National Green Tribunal has sought the views of the centre on the issue, asking why it should not stop the redevelopment plan.

"We consider it a fit case where notice should be issued to the Ministry of Environment and Forests, MoUD and NBCC," the bench said while fixing the date of hearing in the matter for November 2.

The Tribunal was acting on a plea by ex-union minister Raghunath Jha.

In his complaint Mr Jha alleged that the demolition of residential colonies - Sarojini Nagar, Netaji Nagar, Nauroji Nagar, Kasturba Nagar, Thyagaraj Nagar, Srinivaspuri and Mohammadpur - was being done in haste, and in violation of environmental norms.

"These colonies fall in green-belt of Lutyens' Zone under New Delhi Municipal Council area which has been ranked number one in the list of clean and green city and also chosen for smart city project of India. These seven colonies are full of greenery, including old ayurvedic trees and precious plants," Mr Jha said in his letter.

He also said that the NBCC's claims of cultivating double the number of trees destroyed was wrong, since it would take four to five decades for the trees to grow.

Promoted
Listen to the latest songs, only on JioSaavn.com
"Nearly 186378 trees and plants will be destroyed during the redevelopment which is a major cause of global warming in India. NBCC's argument of cultivating more trees is false as it will take another 40-50 years for the trees to mature," he added.

Earlier in July the centre had approved the redevelopment of general housing colonies - meant for bureaucrats and civil servants - at a cost of Rs 32835 crore, to be completed in five years in a phased manner.