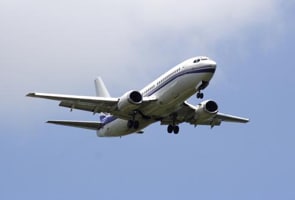 After dense fog enveloped the airport Thursday night, one international and  three domestic flights were diverted to Jaipur, Kolkata and Bangalore, an airport official said.

The runway visibility dropped to 75 metres and hovered between 75 metres to 200 metres between 11.30 PM and 6.30 am. There were no cancellation or rescheduling of flights,
the official said.
Comments
IGIairportDelhifogflight disruptions