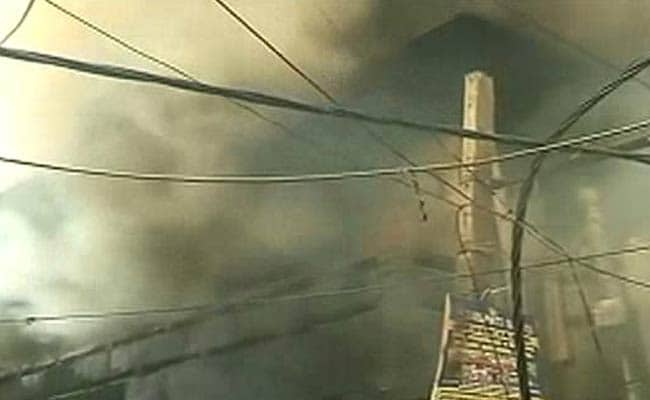 The market is considered the largest cloth market in Asia and it houses a number of textile units and factories.

According to Delhi Fire Department, they got a call about the fire at 3:15 PM following which 30 fire engines were rushed to the spot and it took nearly four hours to completely douse the flames.

The fire had broken out at a three-storeyed building located at Pratap Gali, which houses garment warehouse at the first and second floor while a kerosene depot on its ground floor.

"It was a medium category fire and at the 'stop' message was received at 7:15 PM. As kerosene drums were stored at the ground floor, it took us a lot of time to control the fire which fed on the inflammable liquid and the cloth in the first floor shop," said a fire official.

The three injured were admitted to Guru Teg Bahadur Hospital where their condition was said to be out of danger.

Promoted
Listen to the latest songs, only on JioSaavn.com
Police had evacuated the nearby buildings and the area was cordoned off to keep the crowd away. Three shops located close to the building were also gutted in the fire.

Police has registered an FIR in this connection and investigations are on to check the cause of the fire.
Comments
Gandhi Nagar fireDelhi market fire