Ranjana Mishra and 2 daughters were killed after their Datsun Go car caught fire due to a gas leak. Her husband and a third daughter survived. 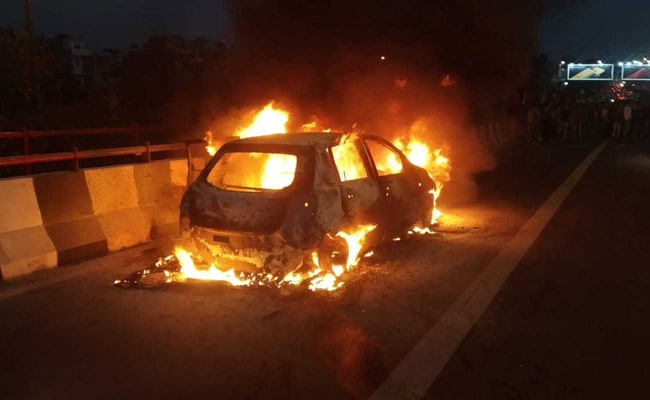 Ranjana Mishra, 34, and her two daughters were killed in the car fire.

The family of a 34-year old woman, who was burned to death in a car along with her two daughters on the busy Akshardham flyover yesterday night, has accused her husband of murdering her.

The incident took place around 6.30 pm when the car was going towards the Akshardham temple. Initial investigations reveal that compressed natural gas (CNG) leak at the back of the Datsun Go car led to the fire.

The woman, Ranjana Mishra and her daughters Ridhi and Nikki were killed in the fire. Her husband and a third daughter survived the blaze.

Ranjana Mishra's family said her husband had taken her out for the first time in the 13 years that they were married. "We can't accept that he suddenly decided to take her out. He had started torturing her after their first daughter was born." Ranjana Mishra's cousin told news agency PTI.

"We believe that it is not an accident. It was a planned murder and we urged police to investigate the matter, especially the car. We want justice," he added. Another relative alleged that the woman's in-laws did not inform them about the incident.

The woman's husband denied the allegations against him. "Why would I kill my wife and daughters? I loved them a lot. It was an accident and the fire started from the dashboard?" he asked.

The police have however said they are probing the murder angle and it would be premature to comment right now.