Even Indoor Air in Delhi is Risky for Children, Greenpeace Says 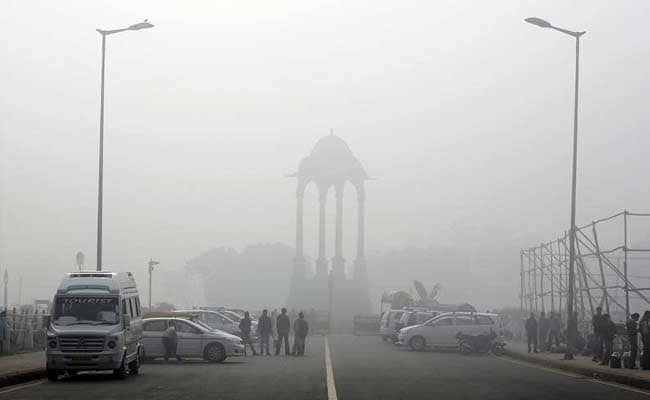 Vulnerable groups like children, elderly, the unwell and pregnant women are at risk from air pollution both indoors and outdoors, the Greenpeace study said.

New Delhi: With air quality in Delhi five times worse than what is considered normal, children in the city are at risk even indoors, says a study by Greenpeace India.

Data from the 24-hour monitoring of indoor air quality, conducted by Greenpeace over a week in seven schools across the national capital, showed that indoor air levels of PM2.5 (particulate matter of diameter less than 2.5 micrometers suspended in air) which in excess can cause harm to humans, were five times over the Indian safety limits.

These levels also amounted to as much as 11 times of that of the World Health Organisation's safety limits, the study said.

"Air pollution is changing what it means to be a child today," Greenpeace India campaigner Sunil Dahiya said in the statement, adding that there is a need to close down schools and restrict outdoor activities of children to protect them from the pollution.

Vulnerable groups like children, elderly, the unwell and pregnant women are at risk from air pollution both indoors and outdoors, and the government needs to do much more to head off this public health crisis, he added.

Meanwhile, the Delhi High Court today asked the state government for its time bound action plan on tackling pollution in the city.

"The level of PM 2.5 has crossed level of 60, then why hasn't the government done anything to curb it?" the court asked. PM 2.5, particulate matter with size less than or equal to 2.5 microns, is considered the smallest and the deadliest pollutant.

In seven out of 10 monitoring stations of the Central Pollution Control Board across Delhi, PM 2.5 was found to be the major pollutant. The permissible limit for PM 2.5 is 60 micro grams per cubic metre, which the court was referring to.