East Delhi Mayor Neema Bhagat said the corporation was concerned about such fire incidents and the idea now was to "recycle maximum garbage" and "leave minimum trash for dumping". 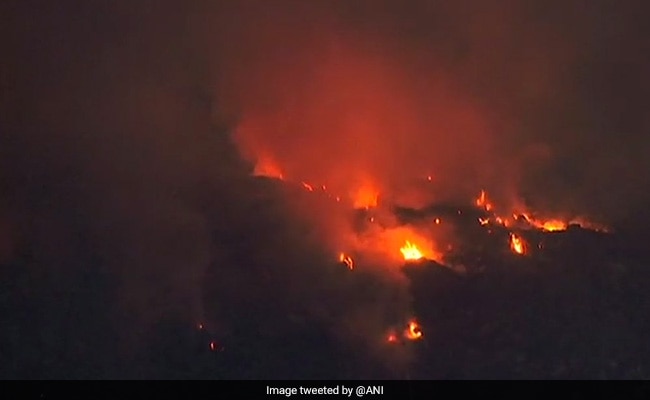 New Delhi: The East Delhi Municipal Corporation (EDMC) today said it has set the ball rolling for setting up a waste-to-energy plant of 2,000 MT capacity at Ghazipur landfill site.

A fire was yesterday reported at the massive landfill, which had partially collapsed triggering a fatal accident recently.

East Delhi Mayor Neema Bhagat said the corporation was concerned about such fire incidents and the idea now was to "recycle maximum garbage" and "leave minimum trash for dumping".

"We have taken action on disposal of landfill and we have begun the process for setting up the waste-to-energy plant having a capacity to process 2,000 MT of garbage.

"Besides, we have also initiated a plan whereby garbage generated by 2,500 families in Mayur Vihar - Phase I area would be converted to compost. So, the idea is to leave as less as possible for dumping," Ms Bhagat said.

The blaze at the landfill site was extinguished in the early hours today after over seven hours of fire-fighting operations, a fire official said.

The 45 metre high landfill was shut down following an order by Lt Governor Anil Baijal in the wake of the collapse incident in which two persons were killed.

The landfill site was saturated in 2002. The civic body said it had been looking for an alternative site for long, but a clearance from the Green Court was needed.

Promoted
Listen to the latest songs, only on JioSaavn.com
The East Delhi Municipal Corporation (EDMC) manages the landfill site that was started in 1984 and is spread over 29 acres.

According to officials, the permissible height for a garbage dump is 20 metres. Every day, 2,500-3000 metric tonnes of garbage is dumped at the Ghazipur site.