Driver Misses Turn Due To Smog In Delhi, Car Falls In Yamuna Killing 2

The accident took place around 2 am when the five friends were returning after a party at Shyam Ghat in the Yamuna Khadar area. 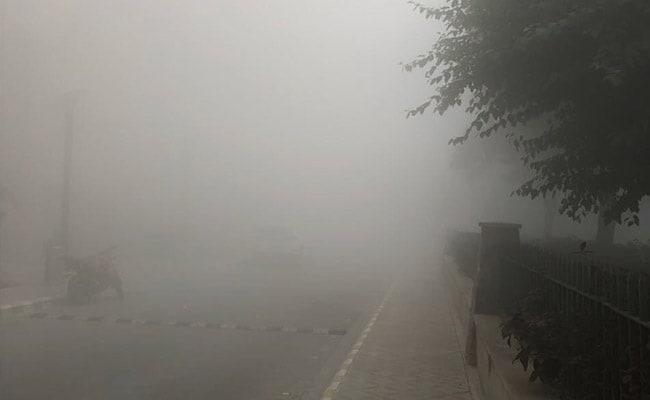 New Delhi: Two people were killed and three others injured after their car plunged into the Yamuna river after the driver purportedly could not see a turn due to smog and darkness in north Delhi's Timarpur area, the police said.

The accident took place around 2 am when the five friends were returning after a party at Shyam Ghat in the Yamuna Khadar area. Deepak Jangir, who was driving the car, and Kishan Yadav, who was sitting beside him, were killed, the police said, adding that their friends Deepak, Anand and Akash escaped with minor injuries.

They were all in their 20s and it is suspected that they had consumed alcohol.

The car's front was completely submerged, leaving no room for Jangir and Mr Yadav to escape. Their friends, who were in the back seat, managed to come out, they said.

They informed the police and claimed that Deepak Jangir could not see the road ahead and ended up driving into the river, the police said.

Deepak Jangir and Mr Yadav were taken to a hospital where they were declared brought dead, they said.

The police said that on Wednesday, Deepak Jangir and Mr Yadav along with the others had come to Deepak's house, but as his landlord had issues with him consuming alcohol, they went to Shyam Ghat.

Mr Yadav's aunt is a constable with the Delhi Police and he was staying with her family. He belonged to Rajasthan and was preparing for competitive exams.

Promoted
Listen to the latest songs, only on JioSaavn.com
Mr Jangir also belonged to Rajasthan and was staying with a family member posted with the Delhi Police. He owned the car and used to also rent it out as a taxi.

Deepak, who belongs to Haryana and was staying in Wazirabad, and the two others also came to Delhi to prepare for competitive exams.
Comments
Delhi smogDelhi Smog Pollution