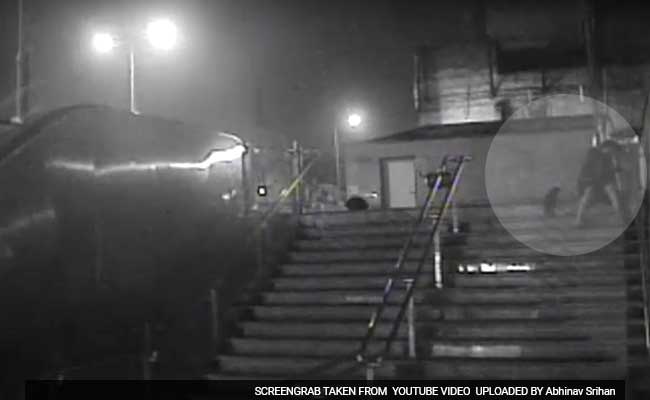 In the full video grab, Nakul Mishra can be seen first feeding the dogs and then attacking them brutally in the staircase near one of the exits of Green Park Metro station.

New Delhi: A man, who was caught on camera killing a pup and stabbing three stray dogs outside a Metro station in south Delhi last month, has been identified as a 28-year-old engineer suffering from prolonged depression and arrested from Lucknow, police said today.

The accused, Nakul Mishra (28), who graduated from National Institute of Technology, Delhi, has been on medication for prolonged depression. He was sacked from his job, had a failed love affair and his own pet dog had died recently, a senior police official said.

His case has been referred to a medical board, the official said.

Mishra was arrested yesterday evening from his home in Lucknow and brought to Delhi on transit remand. He has been booked on charges of mischief by killing or maiming animal or cattle and relevant provisions of Prevention of Cruelty to Animals Act, the official said.

On March 15, locals in Green Park area found three injured dogs and a dead puppy near the Metro station and called police. Later, a video clip surfaced in which a man wearing a jacket and shorts could be seen attacking the dogs and a police team was formed to crack the case.

Mishra's identity was ascertained after local police conducted door-to-door search in all localities under the jurisdiction of Hauz Khas sub-division of Delhi Police and scanned through thousands of tenant verification forms, the official said.

Once police zeroed in on Mishra, it emerged that he left his rented room at south Delhi's Yusuf Sarai area after the incident and shifted to his maternal aunt's residence in east Delhi's Mayur Vihar where he stayed for around three days before leaving for his home in Lucknow.

In the full video grab, he can be seen first feeding the dogs and then attacking them brutally in the staircase near one of the exits of Green Park Metro station, the official added.