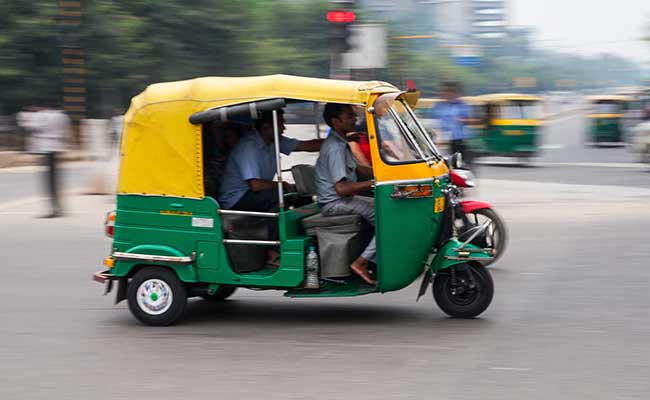 New Delhi: Commuters in Delhi may face problems as auto-rickshaw and taxi unions have threatened to go on an indefinite strike from today against app-based taxi services in the National Capital.

There are about 85,000 auto-rickshaw and 15,000 yellow-black taxis in the Capital and if they go off roads people may face problems during their commute.

According to Joint Action Committee of 20 transport unions, the auto and taxi (yellow-black) unions of domestic and international airports have extended their support and they would also participate in the strike.

Rajendra Soni, general secretary of Delhi Autorickshaw Sangh and Delhi Pradesh Taxi Union, said there is "no room" for talks with the Delhi government from the unions' side. He, however, said in case the Delhi government wants to talk to them, it can send its representative at New Delhi Railway Station where the drivers will be staging the protest today.

It's perhaps the first time city's rival taxi unions, affiliated to major political parties including BJP and Congress, have come together and given a call for a strike.

"We will go on the indefinite strike against the operations of Uber and Ola which don't have permit to run their taxis in Delhi. Despite that, government is allowing them to take away our livelihoods.

"The government has assured us on several occasions it will take action against these services but it has not fulfilled its commitment so far," said Mr Soni, whose unions are backed by the RSS.

Kishan Verma, president of All Delhi Auto-Taxi Transport Congress Union (ADATTCU), said drivers of yellow-black taxis and autorickshaws have been asked to remove their vehicles from airport, railway stations, ISBTs and metro stations from the midnight in Delhi.

The Delhi government termed the strike politically- motivated and said banning the app-based cab services does not come under its ambit and instead Centre should do something in this regard.

"The operations of Ola and Uber are illegal in Delhi as they don't have permit from the Delhi transport department to ply their taxis. We have already written to the Centre to block server of Uber but the Union government said it cannot do so as its main server is in USA.

"During the second phase of odd-even, the Chief Minister had also threatened to take action against app-based cab services over complaints of surge pricing," said a Delhi government spokesperson.