Delhi Air Pollution: During the day, the maximum wind speed is expected to be 10 kmph, according to the India Meteorological Department. 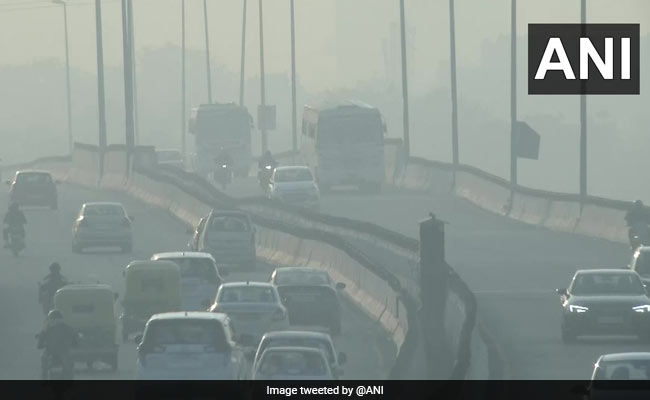 The winds were calm at night time. During the day, the maximum wind speed is expected to be 10 kmph, according to the India Meteorological Department.

Winds are predicted to slow down further. Therefore, Delhi's air quality is likely to deteriorate further and remain in the "poor" to "very poor" category over the next two days, it had said earlier.

The minimum temperature was 6.9 degrees Celsius on Sunday and the maximum is expected to settle around 26 degrees Celsius, the weather department said.

The central government's Air Quality Early Warning System for Delhi said the city's ventilation index -- a product of mixing depth and average wind speed - will be around 2,500 m2/s on Monday and is likely to be 2,000 m2/s on Tuesday.

The share of stubble burning in Delhi's pollution has reduced as the harvesting season has ended.

The contribution of stubble burning in neighbouring states to Delhi's PM2.5 levels was 6 per cent on Sunday, 4 percent on Saturday, 2 per cent on Friday and just 1 percent on Thursday, according to the Ministry of Earth Sciences' air quality monitor, SAFAR.

"Not Satisfied" With Work Done By Commission For Air Quality Management In Delhi: Top Court