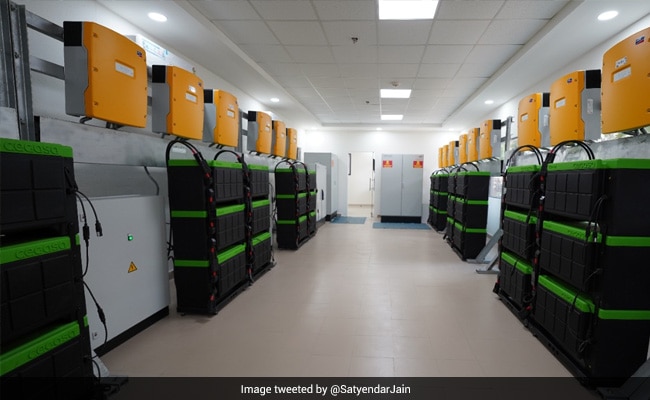 The microgrid is set up under the Indo-German Solar Partnership Project (IGSEP).

Delhi Power Minister Satyendar Jain on Friday inaugurated the city's first urban microgrid system set up at Shivalik in Malviya Nagar that will save 115 tonnes of carbon dioxide annually.

The microgrid (Solar + Battery) system is set up under the Indo-German Solar Partnership Project (IGSEP). The system is capable of ensuring continuous supply from solar and stored battery energy saving from any outages, said a spokesperson of power discom BSES.

Set-up at a cost of around Rs 5.5 crore, the microgrid system consists of 100 KWp solar and 466 kWh Lithium Ion Battery Energy Storage System (BESS), he said.

"Inaugurated a smart micro-grid Solar Power Station & Charging Station at Malviya Nagar. Highly grateful to the Government of Germany for their assistance.

"This is a great innovation in the power sector & we're looking forward to replicate this technology on a larger scale," Mr Jain tweeted.

The project is commissioned by the Federal Ministry for Economic Cooperation and Development (BMZ) in Germany, which has signed an agreement through GIZ India, with the Ministry of New and Renewable Energy (MNRE), Government of India, said the BSES spokesperson.