"This middle aged woman you'll see in the video addressed seven men at the restaurant to rape us because she felt we deserved it for wearing short clothes...," a viral Facebook post reads. 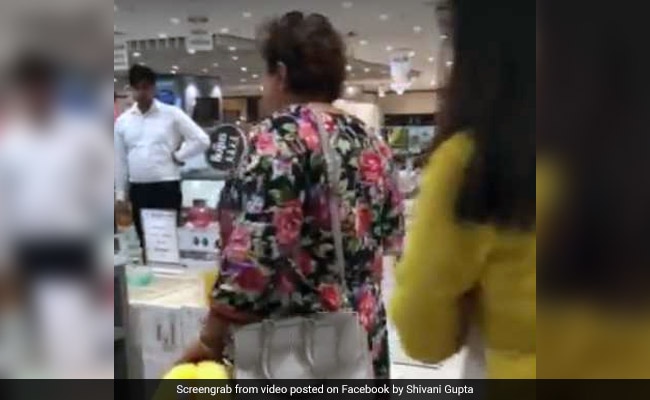 A video shows a middle-aged woman being cornered in Gurgaon for her alleged remarks.

A group of young women confronted a middle-aged woman at a mall in Gurgaon near Delhi after she allegedly asked men at a restaurant to rape them because one of them was wearing a short skirt.

A widely-shared video shows the women cornering the older woman and threatening to make her "viral" if she did not apologise.

"This middle aged woman you'll see in the video addressed seven men at the restaurant to rape us because she felt we deserved it for wearing short clothes and bashing her unsolicited opinion," claimed Shivani Gupta on Facebook, along with a nine minute-plus video of the confrontation.

The woman allegedly gathered seven men and asked them to "rape" the younger women in restaurant because of their choice of clothes.

After the alleged incident, Ms Gupta said, she and her friends led the woman to a shopping centre in the same mall where they insisted that she apologise.

"Apologise right now. I will make your life a living hell if you don't apologise, I promise you that. I will make you viral," one of them can be heard telling the woman in the video.

Though the younger women threatened her saying they have the CCTV footage of the incident at the restaurant and that they will approach the police, Gurgaon Police is yet to receive a complaint.

The group of women can be seen following and surrounding the older woman inside a home furnishing store. The middle-aged woman tries to walk away, refusing to apologise.

As the group of friends follow the women around the store with their cameras, another woman joined the chorus and took on the middle-aged woman.

After about eight minutes of being followed, the woman spoke up. "Hello guys, these ladies want to wear short to short dress to encourage all to see them. Theek hai? Wow, very good. All the ladies wear the shorter dress or naked to (be) raped. Hi all, if you are the parents, please control the girls (sic)," she declares, looking into the mobile phone camera.

The young women were heard mocking the older woman's accent and pronunciation.