Overall, Delhi has received 67.2 mm of rain against the long-term average of 163.1 mm since June 1, when the monsoon season begins. 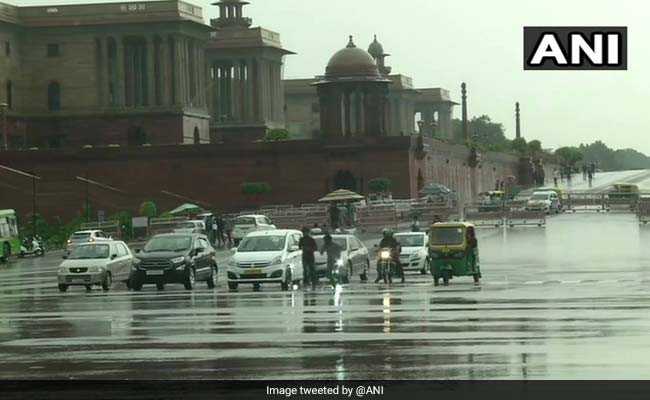 Delhi and its adjoining areas were hit by heavy rain today evening.

Photos on Twitter show pouring rain in Delhi's ITO, Rajpath and Krishi Bhawan. At ITO, cars were seen lined up in the rain and one of roads was waterlogged.

Water also entered the metro station in South Delhi's Chhatarpur. A crowd of passengers was seen waiting on the platform.

Private weather forecasting agency Skymet posted videos and pictures of the rain. One of the videos shows a flooded street in Gurgaon, with people on bicycles wading through.

Delhi has seen scattered rain over the last few days. After morning rains yesterday, the maximum temperature was recorded at 36.7 degrees Celsius. Humidity was recorded at 74 per cent at 8.30 am.

Overall, Delhi has received 67.2 mm of rain against the long-term average of 163.1 mm since June 1, when the monsoon season begins.