Delhi weather: At 46.4 degrees Celsius, the weather stations at Ayanagar recorded the maximum temperature in the city. 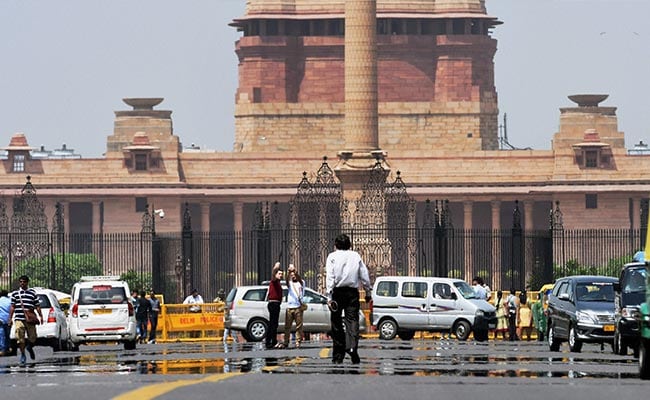 Delhi sweltered under the stifling heat with the mercury crossing the 46 degrees Celsius-mark in some parts on Thursday. The Safdarjung Observatory, which provides representative figures for the city, recorded a maximum of 42.5 degrees Celsius, three notches above normal.

At 46.4 degrees Celsius, the weather stations at Ayanagar recorded the maximum temperature in the city.

The Pusa Observatory recorded a high of 45.1 degrees Celsius.

Humidity levels oscillated between 38 and 81 per cent in the city.

The Met department has predicted a partly cloudy sky on Friday. The maximum and minimum temperatures are expected to settle at 43 degrees and 30 degrees Celsius, respectively.

On Wednesday, the India Meteorological Department (IMD) said monsoon is likely to reach the national capital three to four days earlier than the usual date of June 27.

Kuldeep Srivastava, the head of the regional forecasting centre of the IMD, said a cyclonic circulation over West Bengal and the neighborhood will move towards southwest Uttar Pradesh by June 19 and June 20.

"It will help in further advancement of the monsoon in western Uttar Pradesh, some parts of Uttarakhand, northeast Rajasthan and eastern Haryana between June 22 and June 24," he said.

This means the wind system will reach the national capital by June 22-23, which is three to four days earlier, he said.

The IMD has predicted normal rainfall (103 per cent) for northwest India this year.