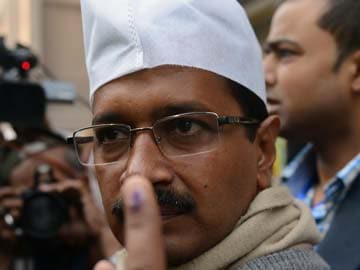 New Delhi: Delhi turned up in record numbers on Wednesday to vote for its next government. The voting ended at around 8:30 pm with a record voter turnout of 67 per cent. For the first time, the capital has three choices: the incumbent Congress, the main opposition party the BJP, and Arvind Kejriwal's new Aam Aadmi Party.

Here is your 10-point cheat-sheet to Delhi's big day: