The national capital had recorded 76 coronavirus cases and two deaths while the positivity rate stood at 0.11 per cent on July 12, it said. 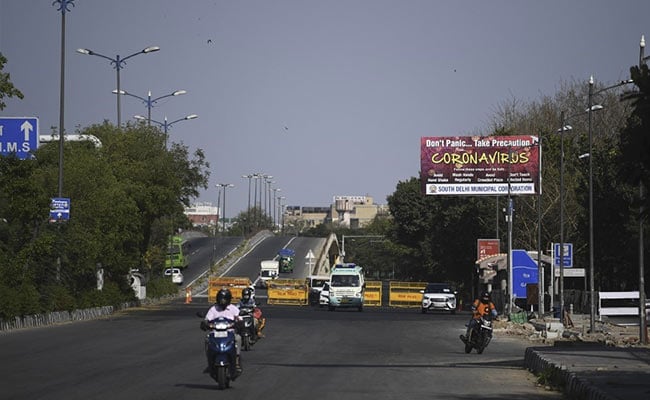 Delhi recorded 77 fresh COVID-19 cases and one death while the positivity rate stood at 0.10 per cent, according to a health bulletin on Wednesday.

Seventy-one patients recovered in the last 24 hours, it said.

According to the bulletin, 215 people are in home isolation, a minor increase from the previous day's figure of 214, while the number of containment zones has declined to 472 from 524, a day ago.

There are 688 active cases in the city, up from the previous day's figure of 683. A total of 76,095 tests, including 54,159 RTPCR/ CBNAAT/TrueNat, were conducted in the last 24 hours, while the rest were rapid antigen tests, the bulletin added.

Delhi had recorded 76 coronavirus cases and two fatalities while the positivity rate stood at 0.11 per cent on July 12, according to a health bulletin issued earlier in the day.

The Delhi government did not release the health bulletin on Tuesday.

On July 11, the city had recorded 45 COVID-19 cases, the lowest single-day rise in over a year, and three deaths while the positivity rate stood at 0.08 per cent. According to covid19India.org, a crowd-sourced initiative that collects data on COVID-19 and vaccination in India, Delhi had recorded 17 cases on April 15 last year.

A total of 1,29,054 beneficiaries were vaccinated in the last 24 hours, including 36,507 who were given the second dose, thereby making them fully vaccinated.

A total of 90,73,103 beneficiaries have been vaccinated till now and of them, 21,31,907 have been fully vaccinated. Delhi faced a brutal second wave of the pandemic that claimed a large number of lives daily. The rapid rise in the number of cases led to a shortage of medical oxygen at various city hospitals. On April 20, the city had reported a record 28,395 cases.