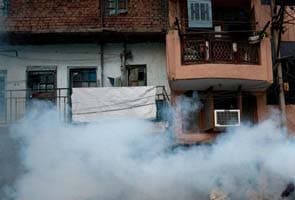 New Delhi: Dengue continued to spread fast in the capital with 38 more people testing positive for the mosquito-borne disease, taking the total number of cases this season to 1,735.

All 38 cases were reported from East, South and North Delhi Corporations while none originated from outside the capital.

So far, four persons have died in the capital due to dengue.

Other cases were reported from NDMC and Delhi cantonment areas.

Last year, a total of 976 cases were reported and five deaths took place while in 2010, a total of 5,994 dengue cases and eight deaths were recorded in the capital.
Comments
Dengue