Delhi Police Commissioner Balaji Srivastava met Inspector Pushp Lata, ATO Mandawali, and praised her efforts for showing exemplary bravery in controlling the mob at Akshar Dham during the tractor rally of farmers on January 26, as per an official release. 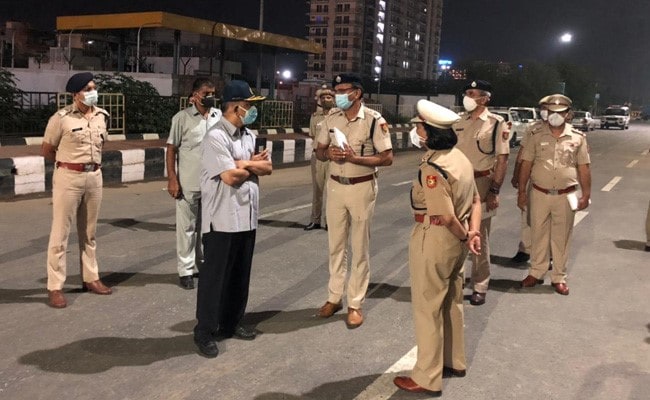 Newly-appointed Delhi Police Commissioner Balaji Srivastava conducted checking on the intervening night of July 3 and 4 to inspect the presence of police personnel on the ground during night hours, and also reviewed security arrangements at Red Fort and Ghazipur border.

He met Inspector Pushp Lata, ATO Mandawali, and praised her efforts for showing exemplary bravery in controlling the mob at Akshar Dham during the tractor rally of farmers on January 26, as per an official release.

A total of 43 different cases were registered with the crime branch, special cell, and local police, and over 150 persons were arrested in connection with various cases relating to Republic Day violence.On Republic Day, protestors did not follow the prearranged route and broke barricades to enter Delhi, clashed with police, and vandalised property in several parts of the national capital during the farmers' tractor rally. They also entered the Red Fort and unfurled their flags from its ramparts.Farmers have been protesting at the different borders of the national capital since November 26 against the three newly enacted farm laws: Farmers' Produce Trade and Commerce (Promotion and Facilitation) Act, 2020; the Farmers Empowerment and Protection) Agreement on Price Assurance and Farm Services Act 2020 and the Essential Commodities (Amendment) Act, 2020.

During the checking, Mr Srivastava visited police stations RK Puram, South Campus and Daryaganj and also spoke with the complainants present in the police station and briefed them about the features of the recently launched Integrated Complaint Monitoring System (ICMS), and how to use Delhi Police's website for lodging e-complaints, without visiting the police station.

He also interacted with the police personnel to know the difficulties being faced by them on the ground.

He further laid stress on training of police officials on ICMS and behavioural skills; and making the complaint e-filing facilities of Delhi Police more popular among the public through Youtube tutorials.The welfare measures being taken by District DCsP for their night patrolling staff were also assessed and the officers were directed to take care of their personnel and have a connect with them to form a spirited team, according to the release.

4 Injured After Fight Breaks Out Between 2 Groups In Southeast Delhi: Police