Arvind Kejriwal tweeted that the air quality was much better in comparison to Sunday due to the Odd Even scheme and other reasons.. 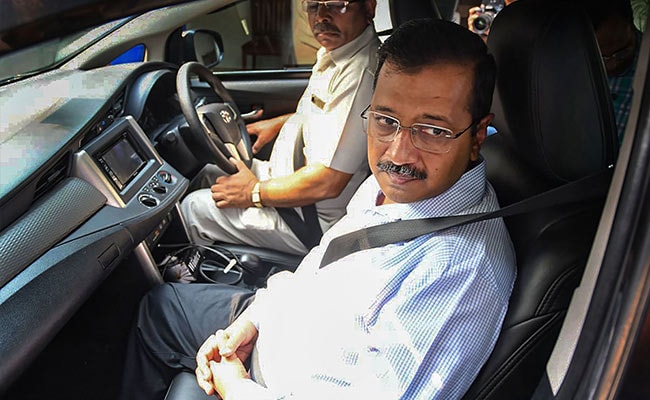 The third edition of Odd-Even traffic rationing scheme came into force in the national capital on Monday amid high levels of pollution, with Chief Minister Arvind Kejriwal claiming that the exercise on the first day was "successful" as 15 lakh cars were off the roads.

As many as 259 violators were fined Rs 4,000 including BJP leader Vijay Goel who, in a "symbolic protest", drove his odd number SUV from his residence at Ashoka Road to Janpath. His party has termed the scheme as an "election stunt" by the AAP government which was causing harassment to the people.

Two thousand civil defence volunteers, 465 teams of the Delhi traffic police, revenue and transport departments were deployed on Monday. Six thousand buses, including 650 private buses were also pressed into service to deal with the additional number of commuters.

There was relatively less traffic on roads and many said that they reached their destination early than usual. Most people with odd number vehicles used different modes to travel. Some carpooled, while others travelled in cabs, autos and public transport.

While leaving for Delhi Secretariat, Mr Kejriwal told reporters that the Odd-Even scheme has been implemented to decrease vehicular emissions.

"Only 15 lakh cars of the total 30 lakh will be running on the roads of Delhi. I have received reports from various locations in Delhi since 8 am, and there has been 100 per cent obedience of rules under the scheme," he told reporters.

Mr Kejriwal later tweeted that the air quality was much better in comparison to Sunday due to the Odd Even scheme and other reasons.

Addressing a press conference, Mr Sisodia and Mr Gahlot said there was a "very high level of compliance" and the scheme was a "success" on Day One.

A day after pollution levels peaked to a three-year high (494), the city's air quality index at 4 pm on Monday read 407 (severe). It improved further and at 8:30 pm the AQI stood at 370, which falls in the "very poor" category.

Last week, a public health emergency was declared in Delhi-NCR following an alarming level of pollution which the AAP government said was because of stubble-burning in neighbouring states.

The Delhi government last week had asked cab aggregators not to resort to surge pricing. But several commuters struggled to book cabs on Monday to reach their destinations as the waiting time to find one increased. Some complained that despite booking rides, cabs did not turn up.