With the opening of Grey Line, the Delhi Metro network will expand to 377 km with 274 stations, including the Noida-Greater Noida Aqua Line, 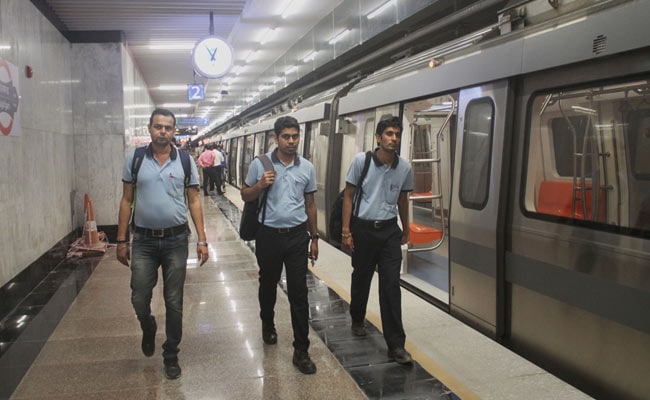 The over 4.2 km-long Grey Line of the Delhi Metro, which will connect urban village area of Najafgarh to the rapid transit network, will be opened for services on October 4, officials said on Monday.

The flagging-off ceremony is slated to take place at Metro Bhawan at 12.15 pm and passenger services on the section shall commence from 5 pm on the same day, said Anuj Dayal, the executive director, corporate communication of the DMRC.

With the opening of this section, the Delhi Metro network will expand to 377 km with 274 stations, including the Noida-Greater Noida Aqua Line,

"The Grey Line is a standard-gauge section and out of the 4.295 km, 2.57 km is elevated and 1.5 km underground. With the opening of this section, the Dwarka metro station is all set to emerge as an interchange facility that will connect the sub-city with the locality of Najafgarh," Mr Dayal had said.