Delhi Metro News: The travel experience is set to change, with thermal scanning and social distancing.

Delhi Metro, which has been shut since March 22 due to the coronavirus crisis, is set to resume operations from Monday, September 7, in a graded manner. The metro travel experience is set to change, with thermal scanning and social distancing rules across stations as well as inside trains. The Urban Development Ministry has announced that if violations of guidelines are found at any station, then train will not stop at that station.

Entry and exit gates in containment zones will remain shut.

In the first stage, the metro services will operate in two shifts of four hours each; 7 AM to 11 AM and 4 PM to 8 PM. The metro will be functioning through the day on all routes from September 12.

NDTV visited Rajiv Chowk, Delhi's busiest metro station, to find out the arrangements that have been made by Delhi Metro Rail Corporation. 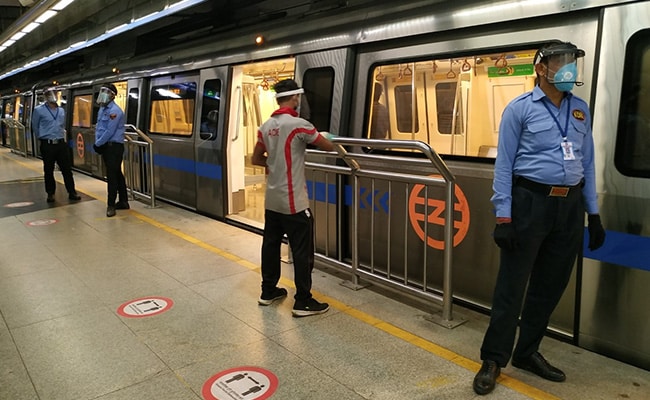 Security staff has been deployed at each boarding point across the platform.

Outside the entry gate of the station, multiple security officials have been deployed to prevent over-crowding. All officials wore face shields and gloves.

On the escalators that lead into the underground station, one step has to be left empty between two passengers. Those who want to take elevators to enter the station will have to use a foot pedal to call the lift instead of elevator buttons. More than three persons are not permitted inside the lift at a given point. 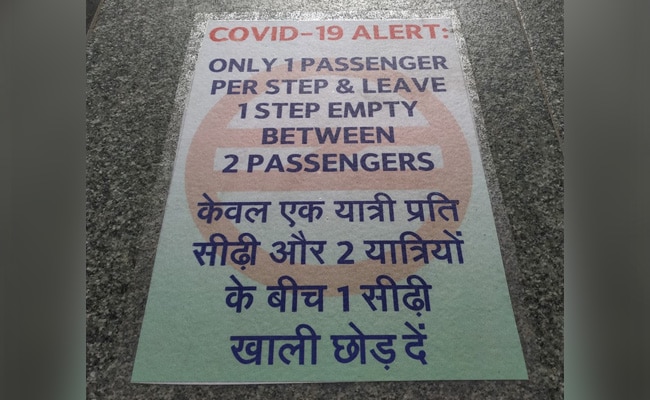 Delhi Metro: On escalators, one step has to be left empty between two passengers.

Once inside the metro station, thermal scanning is done and it is mandatory to use the sensor-based sanitiser dispenser to sanitise one's hands.

There are social distancing markers on the ground all across the station. Before the security checks, all belongings of commuters will be sanitised at the luggage sanitisation point.

"We have made all arrangements for the safety of passengers. Trains will be sanitised thoroughly at the terminal station and all precautions will be taken to keep the train well-ventilated as per the norms.We request the passengers also to take care while boarding.Wait and let those passengers come out first who want to get down.Social distancing is of utmost importance," said Anuj Dayal, spokesperson for Delhi Metro Rail Corporation. 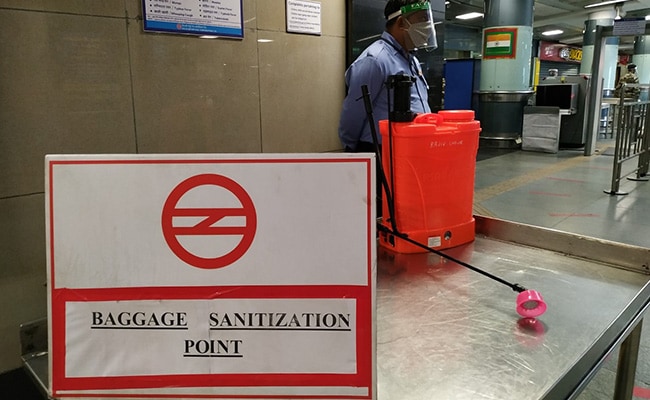 Delhi Metro: Bags will be sanitised at the sanitisation point at the metro station.

All counters for buying tokens will be shut as their usage has been prohibited; only re-chargeable smart cards and online transactions can be used. No cash transactions will be permitted.

On the platforms, security staff has been deployed at each boarding point across the platform to ensure that commuters maintain social distancing while boarding and de-boarding.

Inside the trains, only alternate seating is allowed. All frequently touched surfaces will be constantly sanitised by the metro staff. 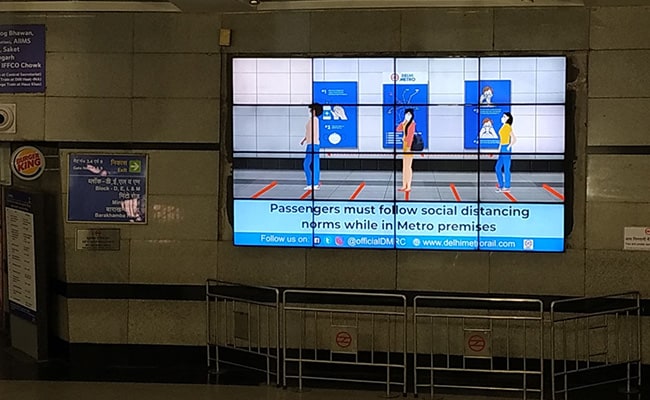 On the platforms at the Rajiv Chowk station, several LCD screens have been placed to display awareness messages about travel safety norms.

The waiting time for each metro will increase to five to seven minutes instead of the usual 2.5 minutes as trains will be sanitised at turnaround points.