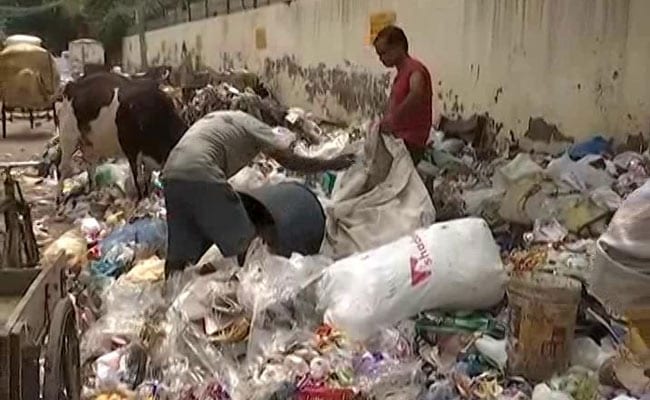 The Delhi High Court Thursday said that while the sanitation employees and unions have a right to protest against non-payment of salaries, they cannot create nuisance or do ''gundagardi'' by throwing garbage on roads and restrain staff from working.

A bench of Justices Vipin Sanghi and Rekha Palli said that such conduct will not be spared and stern action will be taken against the erring union leaders and their members.

The MCD Swachhata Karamchari Union leaders, who gave the strike call, appeared before the court and assured it that they will not resort to any such conduct in the future.

"We have impressed upon the president and secretary of the union that though they are entitled to exercise their rights as provided by the law to raise their grievances, they do not have a right to create nuisance and take law into their hands by spilling garbage on roads and restraining others from performing their duties," the bench said.

The High Court disposed of a petition by East Delhi Municipal Corporation (EDMC) seeking direction to Delhi Police and Delhi government to ensure that there is no obstruction in the performance of its duties, its officials and employees, including cleaning staff who are willing to work.

Civic body EDMC had earlier said several sanitation staff union had called for a strike in March and that they shall be restrained from throwing garbage on streets or hampering functioning of the corporation.

On Thursday, EDMC standing counsel Manu Chaturvedi informed the court that a permanent grievance redressal cell has been set up by the corporation at zonal and head quarter level to address the employees' grievances.

He said no strike or protest has been carried out by the unions after the court's March 4 order.