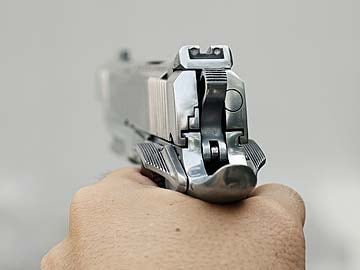 New Delhi: A 28-year-old man wanted for the murder of a Delhi Police constable was killed in a shootout in Delhi, police said on Tuesday.

Feroz, alias Fauji, was on a motorbike when he was chased down by a Delhi Police team in east Delhi's Sonia Vihar area around 5 a.m. on Tuesday.

Police said that Feroz, who was also involved in robberies and snatching earlier, was gunned down when they retaliated to his firing at them.

Promoted
Listen to the latest songs, only on JioSaavn.com
"He received a bullet injury in his abdomen and was taken to a hospital where doctors declared his brought dead," a police official said.

A weapon has been recovered from his possession.

On Camera, Man In PPE Steals Gold Worth Rs 13 Crore In Delhi