On Thursday, Delhi Police had arrested Salman in connection with the murder of Ankit Sharma. 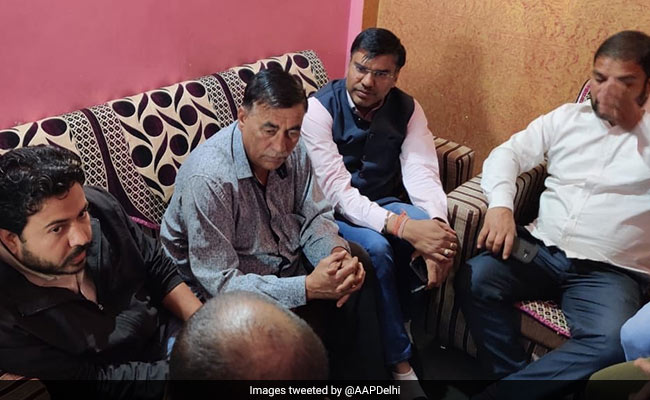 The victim's father, on whose complaint the FIR was lodged, named Tahir Hussain as an accused

On Thursday, Delhi Police had arrested Salman in connection with the murder of Ankit Sharma.

The police told Chief Metropolitan Magistrate Pawan Singh Rajawat that Salman will be confronted with suspended Aam Aadmi Party (AAP) councillor Tahir Hussain in the matter. The police also told the court that his custody is required to "thoroughly interrogate" the accused and recover the weapon used for the crime.

He was presented in the court amidst tight security.

Investigating Officer Amaleshwar Rao told the court that the agency needs to unearth the conspiracy as there were 51 injuries on the body of the deceased and they are reviewing the CCTV footage. Sources claimed that Salman has confessed that he stabbed the IB staffer.

Tahir Hussain, who is currently in police custody till today, has been named in the FIR lodged over the killing of IB officer Ankit Sharma whose body was recovered from a drain in Chand Bagh on February 26.

The victim's father, Ravinder Kumar, on whose complaint the FIR was lodged, named the AAP leader as an accused.

He has alleged that Hussain, whose office is located near Chand Bagh Pulia, gathered men who were pelting stones and petrol bombs during the violence which led to tension and fear among local residents.

Over 50 people were killed in the violence that rattled the national capital last month.