The court said since heavy rains are expected in the next 20 days, the PWD should make "every endeavour" to ensure there is no waterlogging in the city. 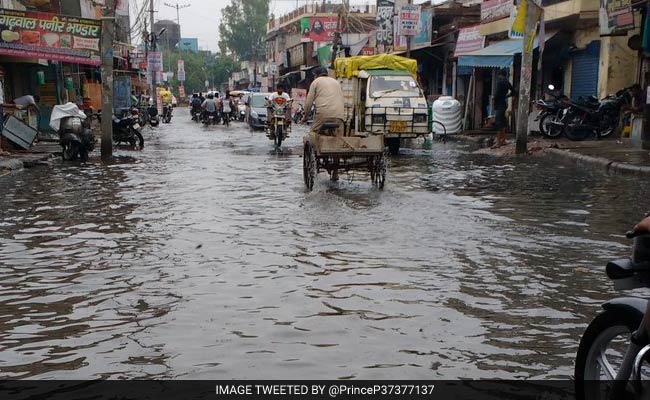 The court said waterlogged roads and pavements are a hazard for pedestrians. (File)

The Delhi High Court has asked the Aam Aadmi Party (AAP) government to "think out of the box" and "act like commandos" to prevent waterlogging in the national capital during the rainy season.

A bench of Justices GS Sistani and Jyoti Singh said since heavy rains are expected in the next 20 days, the Delhi government's Public Works Department (PWD) should make "every endeavour" to ensure there is no waterlogging in the city.

The court said that apart from causing traffic jams, waterlogged roads and pavements were a hazard for pedestrians, including children, as they would not see the open drains and may fall into them causing serious injuries and even death.

The bench directed the PWD to be prepared in advance with water pumps to prevent waterlogging at the susceptible sites, like ITO, already identified by the authority.

The court directed the department to ensure all the identified areas are constantly manned and supervised by its officials so that the moment waterlogging occurs, the authority can swing into action immediately to pump away the water and prevent traffic snarls.

It also suggested building reservoirs, or engaging tankers temporarily, at the sites where it was not feasible to pump away the water, so that it can be stored and used for other purposes.

During the hearing Delhi government additional standing counsel Satyakam, appearing for PWD, told the bench that the agency has carried out de-silting in all the drains under its control and while there have been instances of waterlogging in the recent rains, there was no water stagnation.

The court was hearing a PIL initiated by it regarding the issue of waterlogging after coming across media reports that it occurred every monsoon and resulted in huge traffic jams.