The club maintained that the guest had not been asked to leave the club premises and that "an undesirable attempt" was being made to give the incident a "political and cultural overtone". 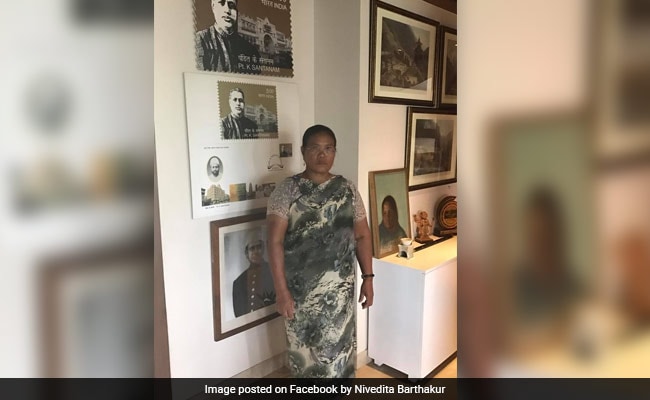 Tailin Lyngdoh, a governess, had gone to the club with her employer when she was asked to leave.

New Delhi: The Delhi Golf Club on Tuesday said it has apologised to a member whose guest from Meghalaya was asked to leave the club for wearing a Jainsem, a traditional dress worn by Khasi women, and that disciplinary action against the erring staff "is in process".

The club maintained that the guest had not been asked to leave the club premises and that "an undesirable attempt" was being made to give the incident a "political and cultural overtone".

However, the statement did not say if the elite club, situated next to the Oberoi hotel, had apologised to the guest from Meghalaya for the incident, that has led to outrage.

A statement issued by club Secretary Rajiv Hora said, "An item in national dailies and social media relating to the alleged mistreatment of a guest of a Delhi Golf Club member, where the club had apparently objected to the violation of the dress code by the guest has been brought to the notice of the management."

"The management has immediately investigated the incident and it has emerged that the incident could have been handled in a much better way by the staff member. It was also confirmed that the guests were not asked to leave the club premises," it said.

The statement added that an apology has been made to the member who brought the guest and it has been "unconditionally accepted".

"Explanation of the staff was sought and disciplinary action is in process," it said.

"It is unfortunate and regrettable that an undesirable attempt is being made to give this incident a political and cultural overtone."

On Sunday, Tailin Lyngdoh, a governess, had gone to the club along with her employer Nivedita Barthakur after they were invited for lunch by a member of the club.

However, 15-20 minutes into the lunch, two club officials asked Ms Lyngdoh to leave the table and the club saying the dress (Jainsem) she was wearing was a "maid's uniform" and also allegedly hurled racial abuse at her.

"We were invited for lunch at the Delhi Golf Club. We were all seated and the lunch was almost to be served. Suddenly, the club official came to me and asked me to leave the place," Ms Lyngdoh told IANS.

"I enquired the reason. They told me that the dress (Jainsem) I was wearing was a maid's uniform. They even said that I look like a dustbin," she said.

"I have travelled almost all over the world and several parts of India and have had food in the best hotels and clubs. But no one has hurled abuses or commented on my dress," she said.
Comments
Delhi Golf ClubMeghalaya womanmaid's uniform

Delhi Election Results 2020: "What Congress Shouldn't Do": Leader As Party Stares At 0 In Delhi Again