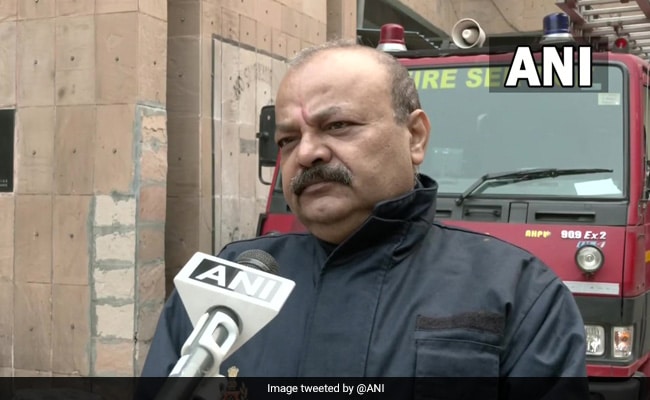 A total of four calls are suspected to be connected with firecrackers.

A total 152 calls for reporting fire were received by Fire Service Department in the national capital on the occasion of Diwali, yesterday, which is 25 per cent less compared to last year, said Atul Garg, Director of Delhi Fire Services on Friday.

"About 36 more fire calls were received post-midnight and all of them were in the category of 'normal' fire," Mr Garg said.

"We have received 152 calls on Diwali this time which is 25 per cent less than last year. A total of four calls are suspected to be connected with firecrackers. No serious fire incident occurred on Diwali. No major fire calls have been received," he noted.

Notably, the Delhi government had banned the bursting and sale of all firecrackers, including green crackers.

Following the celebrations of the festival, the air quality in various parts of the National Capital Region deteriorated as it entered the 'severe' category on Friday morning.

As per the Ministry Earth Sciences' SAFAR-India application, the Air Quality Index (AQI) of Noida slipped to the 'severe' category. The concentration of Pollution Meter (PM) 10 stood at 448.

In Delhi overall, the AQI stood at 386 with a PM concentration of 2.5.

Meanwhile, the concentration of PM 10 stood at 430 in Mathura Road today morning.