According to the analysis, at least on 23 days, ozone emerged as the "dominant pollutant" along with particulate matter in the daily air quality index (AQI). "These are the early signs of a dangerous trend," the CSE said. 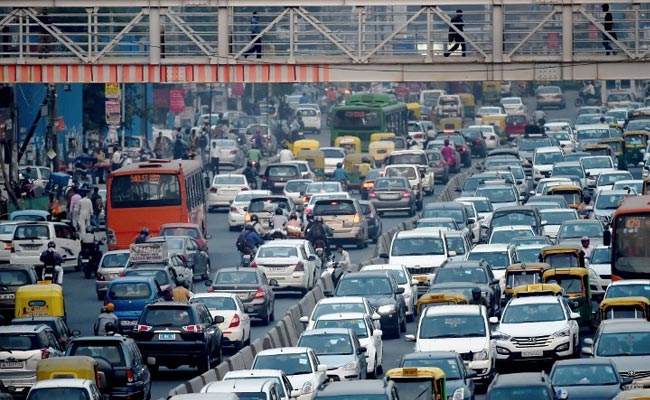 The micro-mapping of ozone levels across the city to understand the vulnerable areas. (Representational)

New Delhi: Delhi and its neighbouring cities -- Faridabad and Gurgaon -- have witnessed "substantial ozone build-up" from February to May, a green body today claimed, cautioning that it was early signs of a "dangerous trend".

The Centre for Science and Environment (CSE) said it has analysed real-time air quality data available from 31 automatic monitoring stations of the Delhi Pollution Control Committee (DPCC), the Central Pollution Control Board (CPCB) and the India Meteorological Department (IMD) for February-May.

"This shows progressive increase in ozone pollution with the onset of summer. Several densely-populated areas have shown high frequency of days violating the ozone standards.

"With high pollution and temperature levels, and growing heat stress, formation of ozone has accelerated and is frequently exceeding the standards," the CSE said in a statement.

According to the analysis, at least on 23 days, ozone emerged as the "dominant pollutant" along with particulate matter in the daily air quality index (AQI). "These are the early signs of a dangerous trend," the CSE said.

The CSE also claimed that green areas on the outskirts of Delhi were "most vulnerable".

Ozone is formed in polluted areas and some of that escapes with the wind to cleaner environments. It build ups there because it has no opportunity to further react with other pollutants to dissipate as it happens in polluted areas in a cyclical process, it said.

"So, the Dr Karni Singh Shooting Range near the Asola Sanctuary (in south Delhi) has recorded the highest number of days exceeding the ozone standards," the analysis said.

The posh Lutyens' Delhi area and prime places in central Delhi were also affected, it said.

The analysis stated that air quality monitoring in Jawaharlal Nehru (JLN) Stadium, near Lodhi Road CGO Complex, and Major Dhyan Chand National Stadium, near the Delhi High Court, have shown that the number of days with levels exceeding the standards were "47 per cent and 22 per cent of all days" during the entire period, respectively.

The micro-mapping of ozone levels across the city to understand the vulnerable areas, also showed that there were some locations where "more than 50 per cent" of the days during the entire period (February-May), ozone levels exceeded the standards.

"These vulnerable areas include the residential areas of Patparganj, R K Puram and Nehru Nagar; and industrial areas and low-income areas of Najafgarh and Sonia Vihar.

"In addition to this, the highest eight-hour ozone levels have been recorded in Najafgarh, Patparganj, Punjabi Bagh and Pusa where on certain days the levels have gone up close to two times the standard," the statement said.

Gurgaon and Faridabad, in the National Capital Region (NCR), have recorded "highest number" of days with levels exceeding the standards.

"While we know that the problem of ozone escalates during summer, the surprise this year is the number of days when the AQI has shown ozone also as a dominant pollutant along with the particulate matter," Executive Director (research and advocacy) and Head of CSE's air pollution programme, Anumita Roychowdhury, said.

"Even before the health risk from particulate matter could be addressed, ozone has raised its ugly head in Delhi and NCR. The comprehensive action plan will require stringent and time-bound action to avert public health crisis," she said.

Heat waves and stronger sunshine increase the frequency of days during summer when ozone begins to cross the standards posing public health risk, especially to those suffering from asthma and respiratory problems, the CSE said.

Ground-level ozone is not directly emitted by any source. This is formed when oxides of nitrogen (NOX) and a range of volatile gases primarily from vehicles and other sources are exposed to each other in sunlight, it said.
Comments
Delhi Pollution OzoneDelhi Ozone Spike