According to the police, the accused were hired to kill the transgender women and were offered Rs 5 lakh for the job. 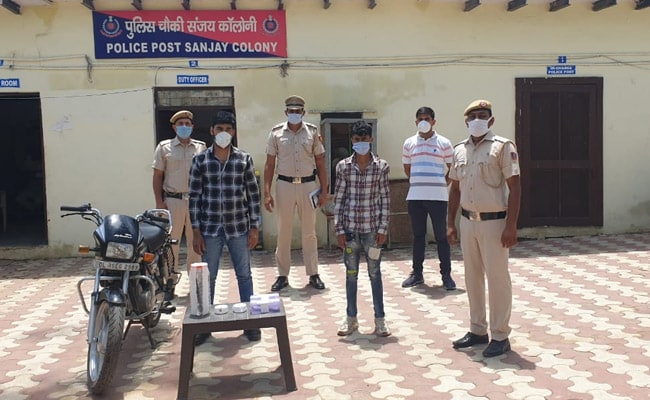 A countrymade pistol, another pistol with live cartridges were seized from their possession: Cops

An alert Delhi Police constable came to the rescue of two transgender women after bike-borne men opened fire at them, an official said on Sunday.

The two accused, Mukesh (24) and Kapil (21), both residents of Madangir in south Delhi were arrested from Ambedkar Nagar on Saturday, police said.

According to the police, the accused were hired to kill the transgender women and were offered Rs 5 lakh for the job.

They said another transgender woman had given the contract to take revenge for the murder of her friend last year.

The incident took place on Saturday when constable Kamal Prakash was conducting an enquiry into the murder case. He noticed two men opening fire at the transgenders near Bhatia Kalan village on Chhatarpur Road here.

The policeman immediately rushed to control the situation.

The accused also targeted the policeman, but he pushed the bike of the accused following which they fell on the road.

The men then jumped into an auto and fled from the spot, the police said. The constable immediately alerted his team and they chased the men following which the two were arrested.

Senior police official Atul Kumar Thakur said a countrymade pistol and another pistol with live cartridges were seized from their possession.

A motorcycle used in the commission of crime has been seized, while one used cartridge and a fired bullet was recovered from the spot, he said.

During interrogation, the accused said that they were hired by Pinky to eliminate the victims -- Shalu and Aaliya. They were offered Rs 5 lakh to kill the transgender women and had received advance payment of Rs 20,000 for the job, he said.

The official added that Shalu was arrested last year for allegedly killing Pinky's friend, Ganesh. Shalu was released from jail on April 30 on interim bail for 30 days.

The bail got extended for 45 more days owing to coronavirus-induced lockdown.

On April 20 last year, Ganesh was killed near the Maulana Azad Medical College, while Pinky and her driver Deepak sustained bullet injuries in the incident, the DCP added.