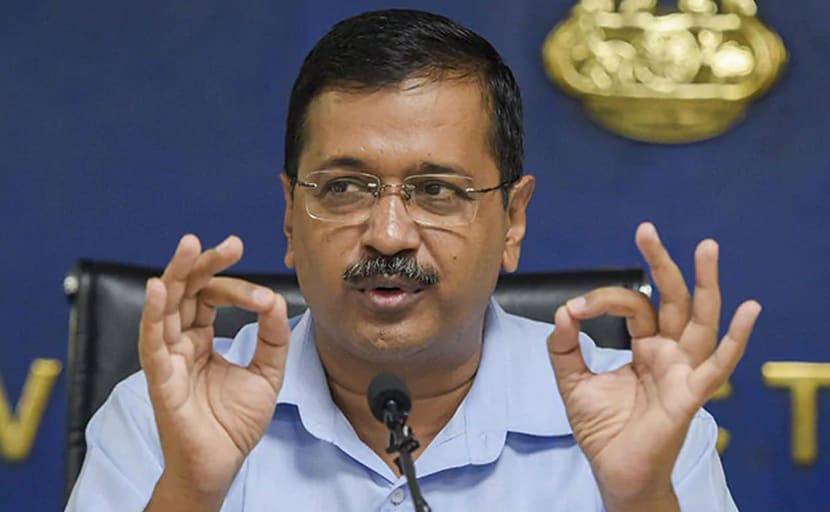 Posting a picture of one such poster, Health Minister and Chandni Chowk MP Harsh Vardhan tweeted, "Arvind Kejriwal is giving poison to the people of Delhi in the name of free water supply. Delhi water was found to be the most poisonous in a survey of 20 cities. The AAP government is making tall claims of development but has failed to even provide safe drinking water to the people."

Replying to Vardhan's post, Mr Kejriwal said, "Sir, you are a doctor. You know this report is false and politically motivated. A person like you should not become a part of such dirty politics."

Mr Kejriwal is also the chairman Delhi Jal Board.

In the first phase of its survey, the BIS had found all the 11 samples drawn from Delhi did not comply with the quality norm and the piped water was not safe for drinking purpose.

Testing of water samples was conducted to check organoleptic and physical parameters and know the chemical and toxic substances and bacteriological quality besides virological and biological parameters.

Delhi BJP president Manoj Tiwari blamed Mr Kejriwal for the poor air and water quality in Delhi and asked him to refrain from doing politics on things which were vital for people''s life.

The party also launched a hashtag #DillikaPaaniZahrila and asked Delhiites to send details of the water supply in their area by tagging the Delhi BJP.

Mr Tiwari said party workers will stage protests across the city and collect water samples which will be handed over to Mr Kejriwal.

The AAP and BJP are indulging in a blame game over issues like drinking water, air pollution and regularisation of unauthorised colonies in the city which will go for assembly polls early next year.