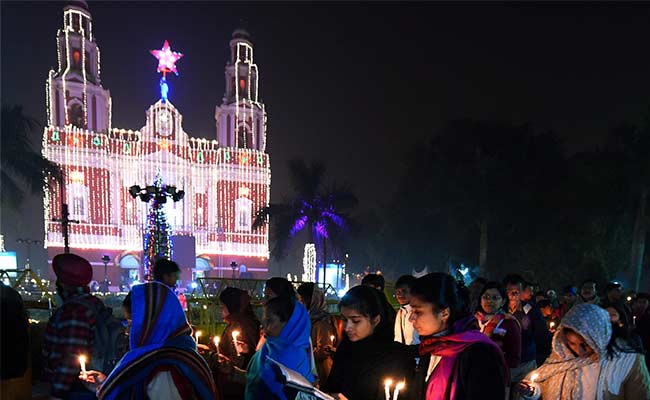 People prayed for world peace and brotherhood on this auspicious day.

"Christmas is a festival we look forward to. What better day than Christmas to offer peace among mankind?" Father John Mathew of Sacred Heart Cathedral in Central Delhi said.

Men draped in red and white and dressed as Santa Clause was a common sight, and traditional Christmas carols rendered the air festive with gospel bands enthralling the merry-makers with songs like 'Jingle Bells', 'Oh Holy Night' and 'Santa Claus Is Coming to Town'.

As many as 224 churches were put on "tight vigil" with armed police personnel guarding them, and PCR vans patrolling areas surrounding the churches to ensure peaceful celebrations.

Promoted
Listen to the latest songs, only on JioSaavn.com
Security was beefed up across the city, especially at the St Sebastian's Church in East Delhi's Dilshad Garden, which was gutted in fire this month.

The minimum temperature in the capital was recorded six degrees Celsius, two notches below normal. The thick layer of fog gave way to sun as the day progressed.