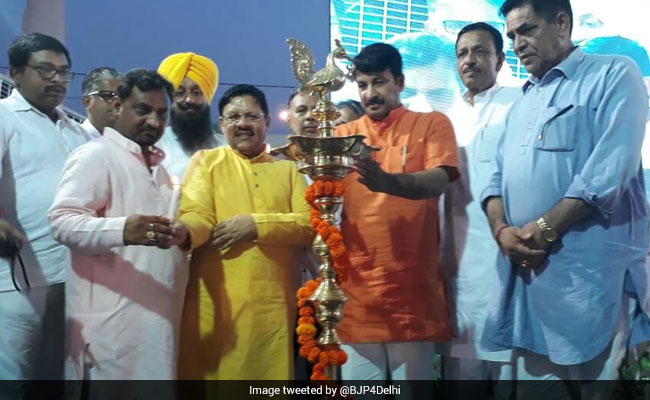 Addressing the function, Mr Gehlot said his Ministry of Social Justice was working to give new avenues to all backward classes as well as the handicapped and deprived sections of society in order to achieve the prime minister's aim to provide opportunity of economic growth to the poor.

One such avenue was direct deposit of social welfare pensions in the bank accounts of the needy, he said.

Promoted
Listen to the latest songs, only on JioSaavn.com
Mr Tiwari said the Modi government was working to bring change in the work culture in the country by encouraging self-employment and generating new jobs through increase in foreign equity.

The function was also attended by municipal councillors, former MLAs as well as district and mandal office bearers, the release said.