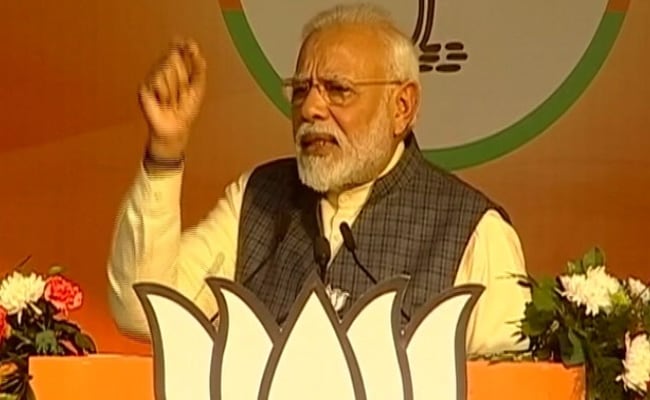 PM Modi will address an election rally in Dwarka area in Delhi. (File)

Prime Minister Narendra Modi will hold an election rally in Dwarka area in New Delhi on Tuesday ahead of the Delhi Assembly elections.

Pradyumna Rajput is the BJP candidate from the Dwarka Assembly constituency.

On Monday, while addressing his first election rally for the Delhi Assembly polls at Karkardooma, PM Modi said that there was a "political design" behind anti-CAA protests including in the city's Shaheen Bagh and urged the people to vote for the politics of "development".

"Be it Seelampur, Jamia or Shaheen Bagh, protests are being held over the past several days over the new citizenship law. Is this just a coincidence? No. This is an experiment," the Prime Minister said.

Vinay Kumar Mishra is the party''s candidate from the Dwarka Assembly constituency.

Election to the 70-member assembly in Delhi will be held on February 8, while the results will be declared on February 11.

Gang Of 4 Arrested For Posing As Cops, Extorting Money In Delhi: Cops