AAP Names Ex-Delhi Minister For Polls, Then Replaces Him With Wife

Delhi election 2020: Jitender Tomar was dropped reportedly after a group of BJP leaders met the Chief election Commissioner to complain about his nomination. 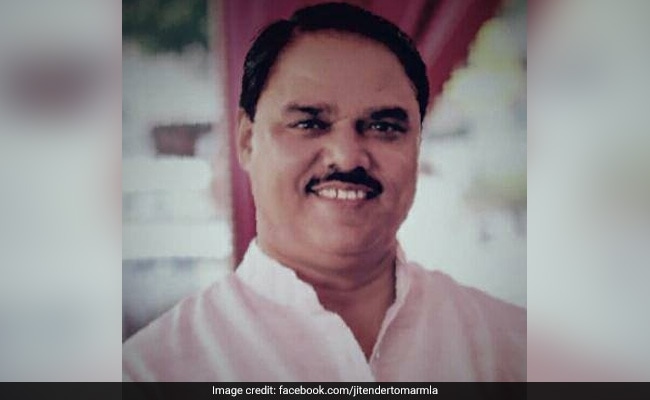 Jitender Singh Tomar had been named as an AAP candidate three days before the court ruling.

Former Delhi minister Jitender Singh Tomar, named by Arvind Kejriwal's Aam Aadmi Party (AAP) as a candidate for the Delhi election, has been dropped over a fake degree scandal. His wife Preeti Tomar will replace him as the AAP candidate from Tri Nagar.

Jitender Tomar was replaced after a High Court order on Friday set aside his election, finding him guilty of making a false declaration on his educational qualifications on his nomination papers for the 2015 election.

He had been named as an AAP candidate three days before the court ruling.

"I told the party that my wife will fight the election and the party agreed," the former Delhi law minister was quoted as saying by Press Trust of India.

Preeti Tomar filed her nomination papers for the polls on Monday.

Jitender Tomar was dropped reportedly after a group of BJP leaders met the Chief election Commissioner to complain about his nomination.

The BJP pointed out that Mr Tomar was arrested in the fake degree case and had to resign as Law Minister but was once again nominated for next month's polls.

Mr Tomar had listed a law degree but the court said he was not a graduate, so not eligible for the law programme. The court also declared his enrolment with the Bar Council of Delhi as void.

The court said Mr Tomar "published statements of fact which were false and which he did not believe to be true in relation to his educational qualifications and to unduly influence the voters/electors in his election" and this amounted to "corrupt practice".

Election to the 70-member Delhi assembly will be held on February 8 and results will be declared three days later.