A report by the World Health Organisation last month said India was home to the world's 14 most polluted cities, with Delhi ranked sixth most polluted 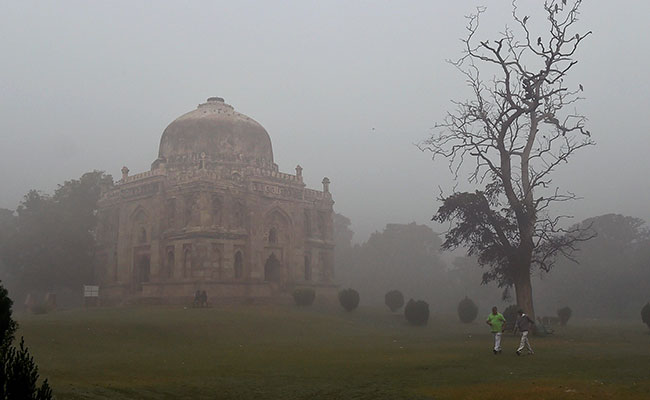 The AQI of RK Puram and Anand Vihar were recorded 948 and 999 on Friday.

New Delhi: Even as Delhi remained wrapped in a thick blanket of haze and dust for the fourth consecutive day, there is relief in the offing. The India Meteorological Department (IMD) has said that strong winds from the west will clear the dusty stagnant air in the next 24 hours. Thunderstorms are also expected at isolated places over the city in the next days, an IMD official said. However, several areas in the national capital struggled with "hazardous" air quality after the pollution level plunged to "severe" yesterday. The breathlessness, burning of eyes and irritation in the throat accompanied by searing heat aggravated distress. Visibility remained poor and the winds gusted at 35 km per hour. The PM10 level, presence of particles with diameter less than 10mm, was over 700 in Delhi-NCR leading to hazy conditions. The AQI of RK Puram and Anand Vihar were recorded 948 and 999. The "severe" air pollution level in summer months means it's no longer a winter-only phenomenon as was believed earlier.

Here are 10 points on this story: