Delhi Air Quality Slips To Severe Category, To Be Monitored For 48 Hours 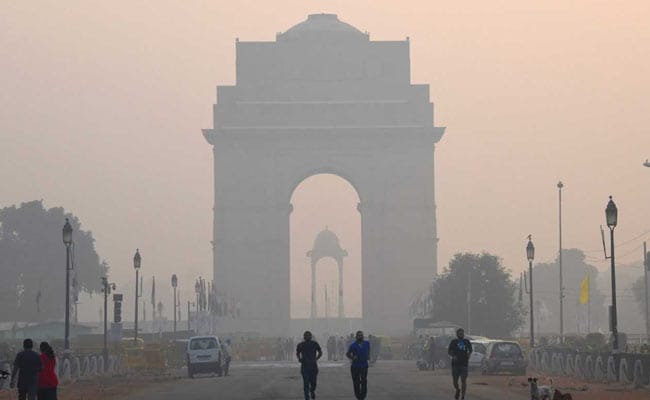 The Central Pollution Control Board recorded an overall air quality index of 412. (Representational)

Supreme Court-appointed Environment Pollution Control Authority chairperson Bhure Lal said they were monitoring the situation and if severe conditions persist for 48 hours then stringent action, as prescribed under the Graded Response Action Plan, would be implemented.

The Central Pollution Control Board or CPCB recorded an overall air quality index (AQI) of 412 which falls in the 'severe' category.

Under the 'severe' category, even healthy people find it harder to breathe and doctors advise physical activity to be kept at a minimum. Authorities said they are closely monitoring the situation.

The Centre-run System of Air Quality and Weather Forecasting (SAFAR) said the overall air quality of Delhi will further deteriorate over the next two days.

"Values are likely to remain in the same range until tomorrow which is likely to decline by Wednesday. Calm surface winds are not allowing pollutants to disperse," it said.

"Winds are calm and dispersion is low. Western disturbances influence may impact Delhi's air quality by introducing the moisture and making air heavy. The expected fall in temperature and moderate fog is likely to increase pollution over coming two days and will keep the air quality in the upper level of very poor," the SAFAR said.

The SAFAR said the air quality might improve Wednesday if sufficient amount of rainfall occurs which is expected.

"However, marginal shower often deteriorates air quality because high moisture content overshadows the wash-out effect. In all probability, the AQI will remain within the limit of very poor and will not touch 'severe'," it said.

"Levels of gaseous pollutants, NOx and CO are forecast to be enhanced, up to moderate range, after a long time due to a fall in boundary layer height and reduced vertical mixing," the SAFAR said.

He also conducted inspections at Bawana and Narela and said 45,000 tonnes of garbage was removed and one vacant land where garbage burning was taking place was found during inspection.

"I will bring this point to the meeting before LG and vice chairperson of the DDA will also be there. This waste burning on vacant land was reported by people there and grievances of industrialists was also heard," he said, adding, he would conduct an inspection at Anand Vihar Tuesday.