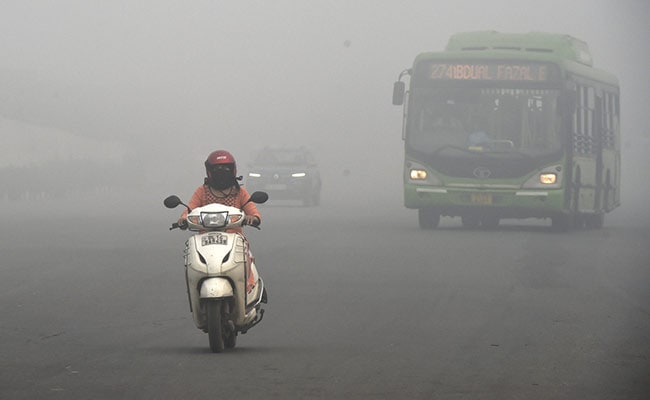 Delhi was enveloped in a thick blanket of smog for three days straight following Diwali celebrations.

Strong surface winds lowered pollution levels in the national capital marginally on Monday, such that its 24-hour average air quality index (AQI) at 4 pm moved into the 'very poor' category at 390, according to agencies.

Delhi recorded 'severe' air quality for three days on the trot till Sunday due to accumulation of emissions from fireworks on Diwali and crop residue burning amid unfavourable meteorological conditions -- low temperature, wind speed and mixing height.

Though 5,450 farm fires, the highest this season, were recorded in neighboring states on Sunday, their share in Delhi's air pollution reduced from 48 per cent a day ago, the highest in three years, to 30 per cent on Monday due to a drop in transport-level wind speed, according to air quality forecast agency SAFAR.

SAFAR predicted a marginal improvement in the air quality but said it will remain in the 'very poor' category.

Environment Minister Gopal Rai had on Sunday written to the Centre, demanding that an emergency meeting of Punjab, Haryana, Uttar Pradesh and Rajasthan be called to discuss the issue of crop residue burning.