Cool Chambers, Police Cover: How Vaccine Will Be Moved From Delhi Airport

Covishield Vaccine: The Delhi airport has made special arrangements, including setting up a temperature-controlled facility, to handle distribution of the vaccines. 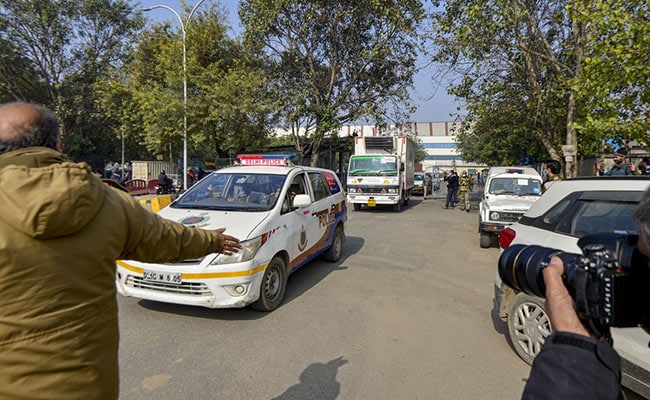 Covishield Vaccine: The Delhi airport has made special arrangements to handle distribution of vaccines.

The first batch of the Serum Institute of India's coronavirus vaccine, Covishield, reached Delhi around 10 am, about two hours after the consignment took off from Pune amid tight security early this morning. The consignment -- consisting of 34 boxes and weighing 1,088 kilograms -- was flown to Delhi's Indira Gandhi International Airport in a SpiceJet aircraft.

The Delhi airport has made special arrangements, including setting up a temperature-controlled facility, to handle distribution of the vaccines.

"Today, we have received the first batch of COVID-19 vaccine at our airport. Temperature-controlled facility, ranging from -20 degree Celsius to +25 degree Celsius, at our two Cargo terminals can efficiently and safely handle these temperature sensitive vaccines. We have Cool Chambers and Cool Dollies to maintain temperature required for these vaccines at the cargo terminal and during transit between aircraft and terminal or vice versa. Our both the terminals can handle around 5.7 million vials in a day," Delhi Airport Chief Executive Officer Videh Kumar Jaipuriar said as the first batch arrived at the airport.

#DelhiAirport is all geared up to facilitate handling and distribution of COVID-19 vaccines. Here's our CEO, Videh Jaipuriar, sharing his thoughts and views on overall preparedness of the airport for the important mission. pic.twitter.com/R63dDg17WL

"DIAL had played crucial role in fight against COVID-19 by round-the-clock handling of international and domestic cargo movement during lockdown. The air cargo terminals at the IGI Airport operated 24x7 to support the country in handling and processing essential commodities, especially healthcare and medical supplies," he said. 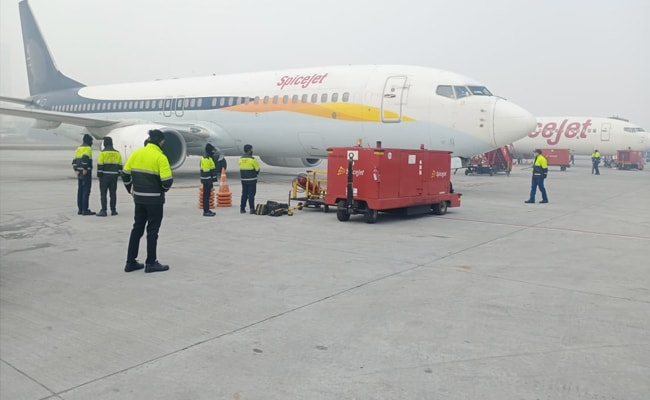 The consignment -- consisting of 34 boxes and weighing 1,088 kilograms -- was flown to Delhi's Indira Gandhi International Airport in a SpiceJet aircraft.

The consignment will be loaded into two temperature-controlled trucks, which will deliver it to a hospital in Delhi and neighbouring Haryana.

While the first truck will carry the vials of the vaccine to the Government Medical Store Depot (GMSD) in Karnal ,Haryana, the second truck will head to Rajiv Gandhi Superspeciality Hospital in East Delhi.

Delhi Police will provide a green corridor and an escort vehicle for the transportation of the vaccine.

Amid tight security, three temperature-controlled trucks rolled out of the Serum Institute gates with the cargo shortly before 5 am. The trucks carried 478 boxes of the vaccines, each box weighing 32 kg, news agency PTI reported quoting an unnamed official. A ''puja'' was performed, along with the traditional breaking of coconuts, before the vehicles headed out of the facility for the Pune airport. The transport was carried out just four days ahead of the nationwide inoculation drive against COVID-19.

The government has ordered 1.01 crore doses of Covishield and plans to buy a total of 5.60 crore doses by April, at ₹ 200 per dose.

The Hindustan Lifecare Limited or HLL, a Central enterprise, is the agency which will buy the vaccines from both Serum Institute of India and Bharat Biotech.

Two vaccines -- the Covishield developed by the Oxford University and pharma major AstraZeneca and Bharat Biotech's Covaxin -- received emergency use approval from the Drug Controller of India earlier this month. Both are two-dose vaccines, which will have to be administered at a 28-day gap.