Coronavirus: The police have installed posters with the text "Delhi Police, dil ki police", the "o" in police made of a heart symbol, on barricades across the city 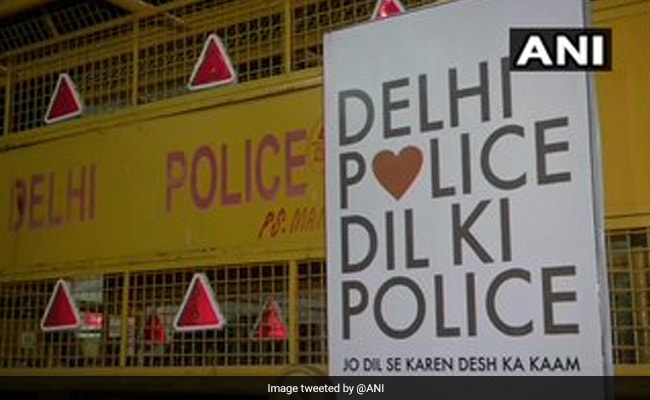 Coronavirus: Delhi Police said they got 27,007 calls on helpline since lockdown started

The Delhi Police are using creative ways in an attempt to convey that they are working for people's benefit amid the lockdown over the COVID-19 pandemic. Some commuters were seen complaining on social media that they were not allowed to move freely despite being in essential services.

The police have installed posters with the text "Delhi Police, dil ki police", the "o" in police made of a heart symbol, on barricades across the city.

Underneath the large text, another line appears in small font: "Jo dil se karen desh ka kaam (Delhi Police work for the country with all their heart)".

The Delhi Police received over 900 calls on its 24x7 helpline number from 2 pm on Tuesday and the same time on Wednesday, seeking assistance on issues faced during the lockdown, officials said, according to news agency Press Trust of India.

A total of 27,007 calls were received by the police on its helpline number so far since the lockdown, they said.

From 2 pm on Tuesday to 2 pm on Wednesday, a total of 901 calls were received, out of which 43 calls were related to areas outside Delhi. They were referred to respective state helpline numbers, police said.