These fresh coronavirus cases were detected from 62,425 tests conducted the previous day, including 23,507 RT-PCR tests, the highest till date. 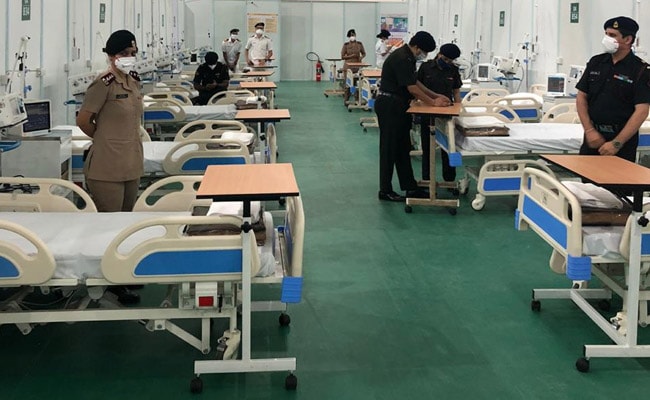 The positivity rate was 10.59 per cent, according to a bulletin by the health department. (File)

The national capital recorded 6,608 fresh COVID-19 cases in a day taking the infection tally to over 5.17 lakh, while 118 more fatalities during the same period pushed the death count to 8,159, authorities said.

These fresh coronavirus cases were detected from 62,425 tests conducted the previous day, including 23,507 RT-PCR tests, the highest till date. The positivity rate was 10.59 per cent, according to a bulletin by the Delhi health department.

The city reported 7,456 COVID-19 cases on Thursday and the positivity rate was 12.09 per cent. The highest single-day spike in cases till date in Delhi was 8,593 which was recorded on November 11. On the same day, 85 fatalities were registered.

On Friday, 118 fatalities were recorded which took the death count to 8,159. The city had recorded its highest 131 single-day deaths on November 18.

The number of containment zones in Delhi has risen to 4,560 from 4,501 the previous day.

Earlier in the day, Delhi Health Minister Satyendar Jain said the gradual reduction in the number of new COVID-19 cases and the positivity rate was a "clear indicator" that the spread of the virus is decreasing in the national capital.

The minister announced that government rates would apply to normal and non-ICU beds reserved in private hospitals by the Delhi government for COVID-19 patients.

He said 2,644 normal beds and 260 ICU beds "extra" will be made available for COVID-19 patients in private hospitals after the government issued directions in this regard on Thursday.

The AAP government on Thursday increased the fine for not wearing masks from Rs 500 to Rs 2,000 and directed private hospitals to reserve 80 per cent ICU beds for coronavirus patients.

Private hospitals have also been directed to increase the percentage of non-ICU COVID-19 beds from 50 per cent to 60 per cent.
Chief Minister Arvind Kejriwal had asked hospitals to postpone non-critical planned surgeries for the time being.

The government also said it will increase the number of RT-PCR test to 27,000 a day in the national capital and MBBS students and interns will be engaged to tackle the COVID-19 situation.

The sudden spike in cases in the national capital comes amid the festive season and rising pollution level. While Durga Puja celebrations ended on October 25, Diwali was on Saturday and Chhath on November 20-21.

The National Centre for Disease Control in a report drafted recently had warned that Delhi needs to be prepared for about 15,000 fresh cases of COVID-19 per day taking into account the upcoming winter season-related respiratory problems, large influx of patients from outside and festive gatherings.

According to the bulletin by the government on Friday, out of the total 17,083 beds in COVID hospitals, 7592 were vacant. The number of tests done per million as on Friday was over 3 lakh while the total number of tests stood at over 57 lakh.