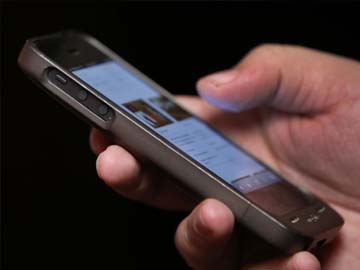 New Delhi: A Delhi Police Constable was injured and a Police Control Room Van (PCR) was damaged when a police team tried to rescue a man who was being thrashed by a mob for allegedly stealing a woman's cellphone in Gol Dak Khana area yesterday, police said.

The incident took place at around 2:30 am when thousands of Sikhs had gathered at the Gurudwara Bangla Sahib to celebrate Guru Purab amid tight security.

"A woman devotee, who had also come to the Gurudwara, realised that her phone was robbed. As she screamed for help, people around her caught a 20-year-old youth for allegedly stealing the phone and started thrashing him. Seeing this, policemen present on the spot tried to rescue the youth," said a police official.

However, some persons pelted stones at the police in which Constable Sanjay Ahlawat was hit while the rear windshield of a PCR van was broken.

Promoted
Listen to the latest songs, only on JioSaavn.com
Police then used force to disperse the crowd to facilitate movement of traffic. The youth, identified as Babu (20) and the injured constable, were rushed to Ram Manohar Lohia Hospital where they were discharged after first aid.

On the complaint of the victim, a case of theft was registered and Babu was arrested although the mobile phone could not be recovered from him which was either lost in the scuffle or was passed to another accomplice by him, police said.