The Delhi Gym Association said they met Chief Minister Arvind Kejriwal who assured them that gyms will be allowed to open from next week. 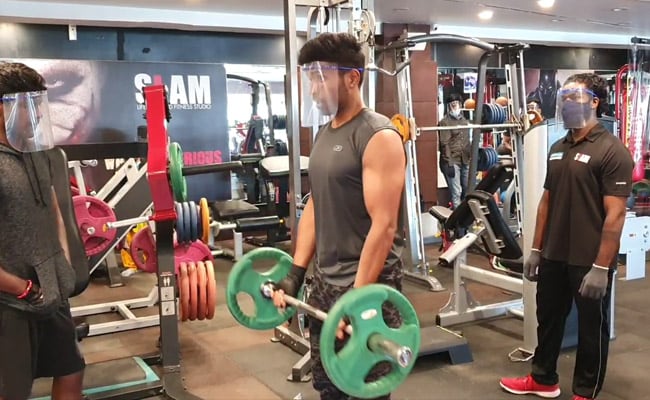 Gyms have remained shut in Delhi as lockdown restrictions were imposed amid rising Covid cases. (File)

Gyms in the national capital are likely to reopen soon, the Delhi Gym Association said on Wednesday after a meeting with Chief Minister Arvind Kejriwal.

"We met the chief minister today (Wednesday) and received a very positive response. He has promised us that gyms will be allowed to open from next week," Chirag Sethi, vice-president of the association, said.

No immediate reaction was, however, available from the Delhi government on this.

The meeting with the chief minister was attended by three representatives from the fitness industry, including Mr Sethi, and two members of India Active, a non-profit organisation that addresses "immediate and long-term problems of the fitness industry" at a national level.

In a letter to the chief minister, the Delhi Gym Association requested the government to allow gyms to open in the next phase of the unlock process.

Pointing out that gyms were among the first entities to be closed on April 17 and that they were also shut for six months during the lockdown last year, the association said a delayed opening would result in a "big distress" for the owners of over 5,500 gyms, yoga studios, and personal training studios across the capital.

With the number of COVID-19 cases decreasing over the last few weeks, Delhi saw a phased unlock process, under which factories, markets and salons among other services were allowed to resume operations gradually.

Gyms, however, continue to be shut.

According to Mr Sethi, the fitness industry in the last 14 months has suffered a massive setback, with several gym-owners forced to shut shop and sell their equipment.

"Out of the 14 months since the lockdown happened last year, gyms have remained shut for eight, but gym owners have had to pay their fixed rentals, including electricity and water, rents to landlords as well as staff salaries.

"Now, many gyms are in debt and have to vacate their spaces because the landlords are pressuring for rent. We get several calls from owners saying they want to sell their equipment," Mr Sethi said.