Delhi Metro Rail Corporation (DMRC) has informed that it has submitted the proposal for providing VGF (Viability Gap Funding) for procurement of 427 electric buses to GNCTD in January, 2018. 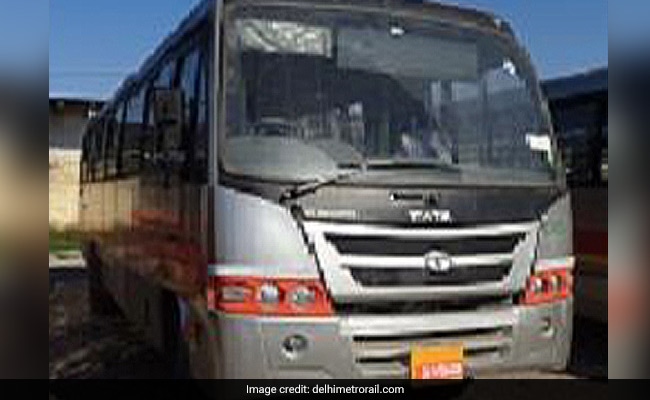 Delhi Metro had submitted a proposal for procurement of 427 feeder buses in January, 2018

The Centre has asked the Delhi government to "expedite" its approval for procurement of 427 metro feeder electric buses, which will ensure last-mile connectivity in the national capital.

In a letter to the chief secretary, Mr Mishra said provision of a good feeder service towards last-mile connectivity improves model shift from private transport to mass transit systems like the metro rail.

He also said the Delhi Metro Rail Corporation (DMRC) has informed that it has submitted the proposal for providing VGF (Viability Gap Funding) for procurement of 427 electric buses to GNCTD in January, 2018.

"The issue has been flagged by the DMRC with the State Transport Authority (STA) on numerous occasions and they have provided all necessary clarification and details. STA and GNCTD has agreed in-principle to support the proposal," Mr Mishra said in the letter.

"I request you (chief secretary) to kindly intervene in this important issue and expedite approval of GNCTD on VGF proposal of DMRC for procurement of electric buses for last-mile connectivity," he said.

According to the sources, Mr Mishra said in letter that the proposed procurement of electric feeder buses will not only reduce congestion, vehicular pollution and accidents, but also enhance the ridership of Delhi Metro.

Mr Mishra said there are challenges in Delhi which needs to be addressed squarely to provide easy accessibility to commuters.