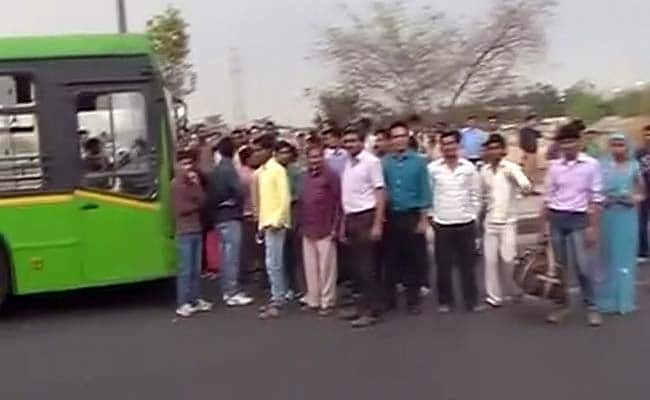 The DTC staff unions went on a indefinite strike on Monday following the killing of a bus driver by a biker.

New Delhi: Drivers of the Delhi Transport Cooperation (DTC) today called off their strike protesting the killing of a fellow driver by a biker after the AAP government imposed the Essential Service Maintenance Act (ESMA).

Delhi Chief Minister Arvind Kejriwal today met the family members of the deceased driver and promised Rs 10 lakh to his family and job to one of the members.

The calling off of the nearly two-day-long strike came as a breather for over 40 lakh people who were left stranded on Monday after DTC's 4,705 buses went off the roads.

"It has been notified that the Haryana Essential Services Maintenance Act (HESMA) 1974 is imposed in NCT (National Capital Territory) of Delhi which prohibits the strike of DTC employees in NCT of Delhi for a period of six months," a government statement said.

A total 3,459 buses were back on the roads today, the government said.

"We have called off our strike," Tara Chand, a member of the DTC Worker Unity Centre said following the notification.

The DTC staff unions went on a indefinite strike following the killing of bus driver Ashok Kumar Singh by a biker who repeatedly hit the 42-year-old with his helmet and a small fire extinguisher installed in the bus. Mr Singh bled to death while being taken to hospital.

In a meeting with his family members, Mr Kejriwal accepted all their demands.

Promoted
Listen to the latest songs, only on JioSaavn.com
Mr Kejriwal said the deceased driver's salary will be paid to his widow till the date of his retirement.

He also promised Rs 10 lakh as immediate help to the family, job to one of the family members and medical expenses of his wife.