BJP To Analyse Delhi Defeat In Marathon Session From Friday

The meeting will be held in several phases and all important party functionaries including members of the election campaign committee and candidates will take part, Manoj Tiwari said. 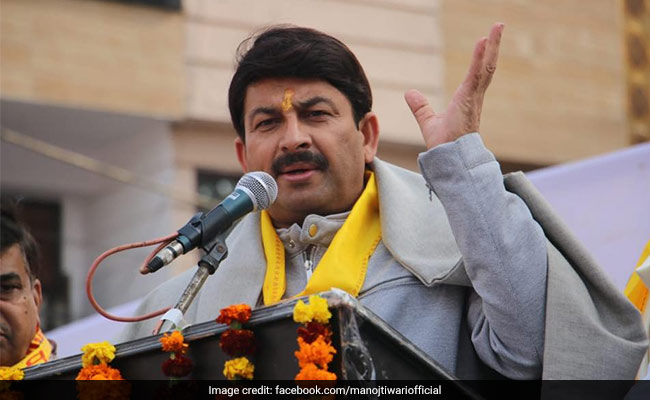 The BJP is believed to be disappointed with Manoj Tiwari's performance

The BJP will launch into a marathon post-mortem of its defeat in Delhi from tomorrow, Manoj Tiwari said after a meeting with his party leadership. The ruling party, which last ruled Delhi two decades ago in 1998, could manage only eight of 70 seats in the state election despite an all-star, high-voltage campaign. Arvind Kejriwal's Aam Aadmi Party (AAP) bagged 62 seats.

"We will analyse our defeat in a marathon session from 10 am to 7 pm," said Manoj Tiwari, who had a meeting with BJP president JP Nadda.

The meeting will be held in several phases and all important party functionaries including members of the election campaign committee and candidates will take part, he said.

A report suggested that Mr Tiwari, who has been BJP's Delhi chief since 2016, pointed to his bosses that the party failed despite upping its vote-share. This was because the contest had become bipolar, he reportedly said.

The Congress, which had governed Delhi for 15 years before AAP, failed to win a single seat.

"In future, the party should prepare itself for bipolar contest in the national capital. It was felt that though the BJP's vote share, along with that of its allies, increased by eight per cent, the contest became bipolar, which cost the BJP," Press Trust of India quoted a source as saying.

Mr Tiwari has denied that he offered to quit. But the Bhojpuri singing star-turned-politician may soon be replaced, sources say.

This may happen only after the organizational elections, which were postponed because of the Delhi election.

The BJP is believed to be disappointed with Mr Tiwari's performance; he failed to even pull in the Poorvanchali voters, a key reason for his appointment as Delhi unit chief, said sources.

Mr Tiwari joined the BJP in 2013 and quickly rose up the ranks. He contested the 2014 election from Delhi and won.

When he was appointed Delhi BJP chief two years later, there was much resentment among other seasoned leaders in the capital like Vijay Goel and Ramesh Bidhuri.

The BJP is keen to assign Delhi to someone who can take on Arvind Kejriwal more effectively in future elections.

Over 153 Dengue Cases In Delhi This Year, 10 In July: Report