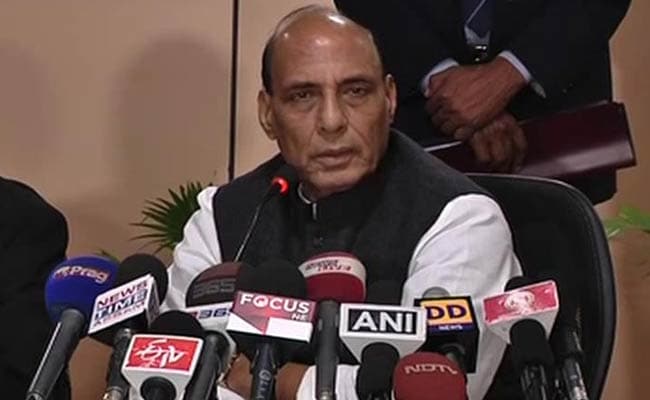 New Delhi: BJP has not taken any decision on its chief ministerial candidate for Delhi, Home Minister Rajnath Singh on Sunday said, amid speculation that former IPS officer Kiran Bedi would be projected for the top post.

Ms Bedi, who joined the party on Thursday had also given a broad hint that she would be BJP's chief ministerial candidate.

"So far there is no decision. The parliamentary board will take a final call," Mr Singh told PTI.

He was replying to a question about who the BJP is deciding to project as Delhi's chief ministerial candidate.

The two-time BJP President said the party sometimes projects its chief ministerial candidate and sometimes decides not to.

"In the case of Delhi, the parliamentary party will take the final decision," he said.

Elections for the 70-member Delhi assembly will be held on February 7.

Promoted
Listen to the latest songs, only on JioSaavn.com
The 12-member BJP parliamentary board include Prime Minister Narendra Modi, BJP President Amit Shah, Singh and Finance Minister Arun Jaitely besides others.