In the video advertisement, Arvind Kejriwal talks about works done by the AAP government in health, education and other sectors in the last three years and the hurdles it has faced since coming to power. 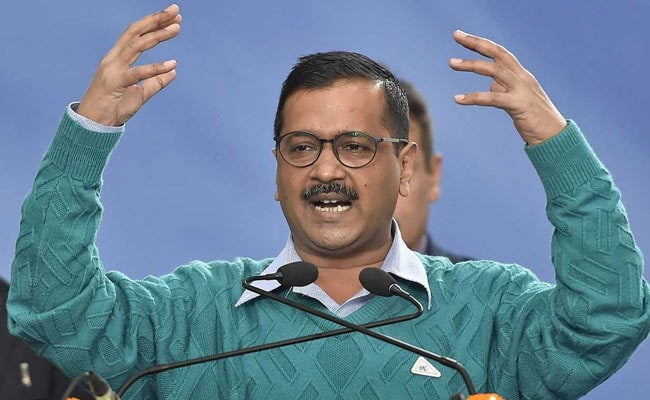 New Delhi: A television ad to be aired for the Arvind Kejriwal government's third anniversary on Wednesday is stuck, allegedly over the phrase "seen and unseen forces" in it. Officials are apparently wondering which department has to clear that part of the ad. The ruling Aam Aadmi Party (AAP) has reacted with disbelief.

In the ad, Chief Minister Kejriwal talks about the AAP government's work in health, education and other sectors since it came to power in 2015, and the obstacles it has faced.

"When you walk on the path of truth and honesty, all seen and unseen forces of the universe help you," says Mr Kejriwal.

Sources said that the chief minister held a meeting with Chief Secretary Anshu Prakash and other senior IAS officers and asked about the status of the ad, which was to be aired from the weekend.

Heads of various departments have reportedly refused to clear that line citing Supreme Court guidelines; they say officials are "unclear about which department would clear the line on divine powers".

The Supreme Court has directed that all facts and figures should be checked and cleared by departments concerned before any advertisement can be published or aired, officials said.

The chief minister, say sources, has expressed displeasure over the attitude of officers. Mr Kejriwal reportedly alleged in the meeting that the Supreme Court's rules were being misused to stall work. "The Supreme Court order was for facts and figures," an AAP leader said.

Last year, the national auditor had accused AAP of violating Supreme Court orders on ads. Since then, the Directorate of Information and Publicity has been clearing every ad.

In June, Deputy Chief Minister Manish Sisodia's Facebook Live on Goods and Services Tax or GST was allegedly stalled after the Directorate of Information and Publicity said a tender had to be floated for the session.

Promoted
Listen to the latest songs, only on JioSaavn.com
To mark another year in office, Mr Kejriwal also plans to interact with people through social media and phone calls. All Delhi ministers are expected to participate in the direct outreach.