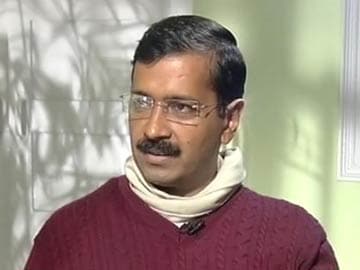 New Delhi: Arvind Kejriwal, who resigned as Delhi's Chief Minister on Friday, has said he may continue to stay in his official accommodation at least for the next three months.

The law allows an outgoing chief minister to stay in the official residence for 15 days. After that, he may stay in that house for six more months by paying the rent as prescribed by the government.

Mr Kejriwal, in an exclusive interview with NDTV, said his daughter is appearing for her exams and as they had shifted just days ago, it was pretty hard for his wife and parents. "One of the options is that we keep staying here for 15 days, and then pay the market rent for the next two-three months," he said, and added "My wife (a senior Indian Revenue Services officer) is due for a promotion in a month and will become a Commissioner. This house is in the similar category of houses that she would be entitled to. She may apply for the same house after her promotion. If not, we'll look for a house elsewhere."

The 45-year-old leader shifted from his wife Sunita's official residence in Kaushambi in Ghaziabad to a Tilak Lane residence on Delhi's Tilak Road less than a month ago.

Spread over 1600 square feet, the type VI ground-floor house has four bedrooms, two servant quarters, a lawn, a common garage near the Patiala House court with a community park nearby.

A house for Mr Kejriwal was a matter of much debate and speculation after the Aam Aadmi Party chief refused to move into his official residence, insisting on a more modest house in accordance with the promises in the run up to Delhi elections.
Comments
Arvind Kejriwal