"Amit Baliyan put his life at risk to protect the people from the fire. He lost his life while protecting people," Arvind Kejriwal said. 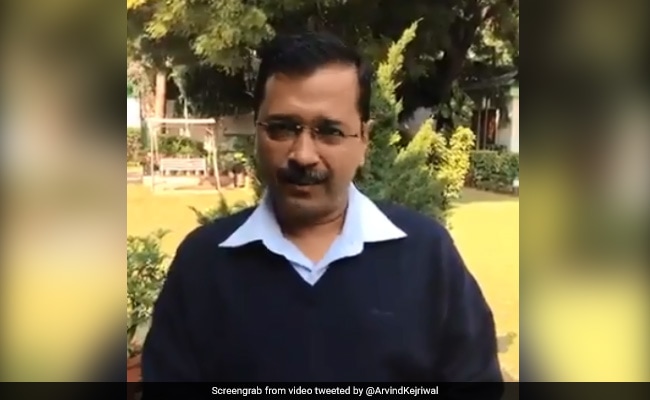 A day after a firefighter lost his life while dousing a fire in Delhi, Chief Minister Arvind Kejriwal today visited his family and assured financial assistance and a government job to a member of his family.

Speaking to the media after the visit, he said it is because of the people like Amit Baliyan that the city feels safe.

"Amit Baliyan put his life at risk to protect the people from the fire. He lost his life while protecting people. The whole nation and the city is thankful to him. We all are sad after losing him. I met his wife, mother and father. All are in extreme grief. We cannot bring back Amit but we will provide his family with Rs 1 crore as financial assistance and a job to a member of the family," Mr Kejriwal said.

He said the firemen are brave who put their lives on risk to protect the city every other day.

CM @ArvindKejriwal met with the family of firefighter Amit Baliyan who lost his life while dousing a fire in Delhi yesterday.
Delhi govt will provide ₹1 crore as financial assistance and a government job to a member of the family. pic.twitter.com/S0DOPcj2tj

On Thursday, Mr Kejriwal had announced the financial assistance, saying "it is the least we can do as a society".

On Thursday, the Delhi Fire Service got a call for a fire in a factory at Peeragarhi at 4.23 am, seven fire tenders were sent to the spot. The fire was followed by a sudden blast, due to which the building collapsed.

After nine-hour long rescue operation by the Delhi Fire Service and the National Disaster Response Force (NDRF), 18 people, including 15 firefighters were rescued.

Amit Baliyan was among the 500 new entrants in the Delhi Fire Service, joining the team in June, 2019.