Arvind Kejriwal's daughter Harshita was given a personal security officer after the threat. 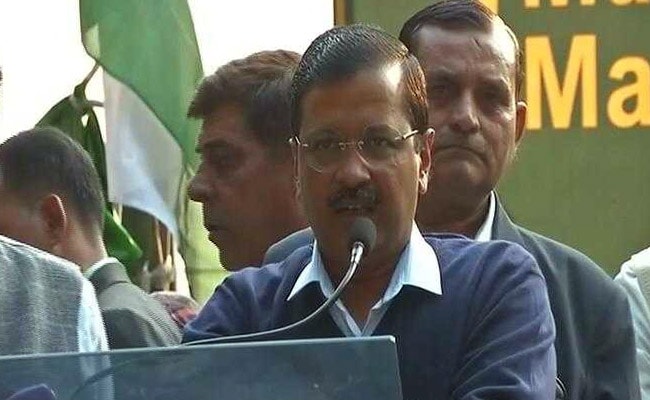 A man from Bihar was arrested for allegedly sending an e-mail to Delhi Chief Minister Arvind Kejriwal last week threatening to kidnap his 23-year-old daughter.

Mr Kejriwal had lodged a formal complaint following which an investigation was launched.

"We will kidnap your daughter. Do what you can to protect her," the email from an unknown person sent to the Chief Minister's official email address last Wednesday read, according to the police.

Harshita Kejriwal, the chief minster's daughter, was given a personal security officer after the threat.

The cyber cell of Delhi Police is investigating the matter, a police officer said.

"The accused, identified as Vikas, was arrested by a team of the Special Cell from Bihar's Motihari. The Cyber Cell team had tracked his IP address," a senior police officer was quoted as saying by news agency IANS. The police is interrogating him to find out his modus operandi.

Mr Kejriwal and his wife Sunita have two children Harshita, and her younger brother, Pulkit.

Mr Kejriwal's family normally keeps a low profile. His daughter, however, was in news when she cleared the Indian Institute of Technology (IIT) entrance test in 2014. She pursued an engineering course there.

In 2015, during a debate in the Delhi assembly, Mr Kejriwal had said that his family gets restless till the time his daughter returns home from the IIT campus. His comments had come as part of a consultation on the women's rights bill.

The tension at home, said Mr Kejriwal, was because the metro station is at a little distance away from his residence. "If I being Chief Minister am so concerned for the safety of my daughter then I can understand the feeling of common man," he had said.

Last November, in a major security lapse, a man had attacked the Chief Minister with chilli powder inside the Delhi Secretariat.